A money bag
Dark Ages - Night 4 is the fourth level of Dark Ages in Plants vs. Zombies 2. It is a Special Delivery level. Hypno-shroom is showcased in this level. When this level is finished for the first time, the player unlocks the Fume-shroom.

(Crazy Dave and Penny appear)
Penny: Data suggests the Dark Ages were a time of intellectual decline and moral confusion.
Penny: Perhaps now is a good time to call upon the persuasive powers of the Hypno-shroom?
Crazy Dave: Good idea, Penny! We'll convert the wicked - Dark Ages style!
Crazy Dave: Deploy this shroom and the zombies won't know what bit them...
Crazy Dave: Until they see that it was their fellow zombies! Then, mind BLOWN!
(Crazy Dave and Penny leave)

The player is able to try out the Hypno-shroom, which will ally the plants by eating other zombies. Because of this, the most ideal zombies to use Hypno-shroom on are Conehead and Buckethead Peasants. However, the player will need other plants to defeat the zombies. The given plants though, are not that useful. Grave Buster is an exception, as this will help the player avoid dangerous Necromancy ambushes in the level. Cabbage-pult is the main offensive plant here. The problem is that Cabbage-pult ignores tombstones if there is a zombie on lane. Puff-shroom will directly attack the tombstones, but are relatively weak, and will usually be eaten quickly. The key to winning is using Plant Food on Hypno-shroom wisely, as the zombie who eats it will turn into a Gargantuar.

By WeebishlyDone (had to use Power Toss) 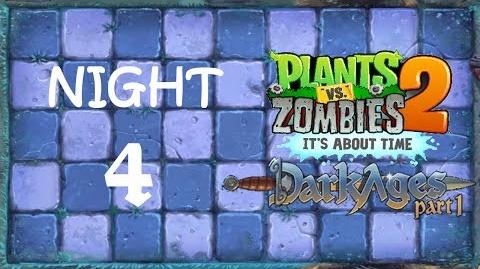 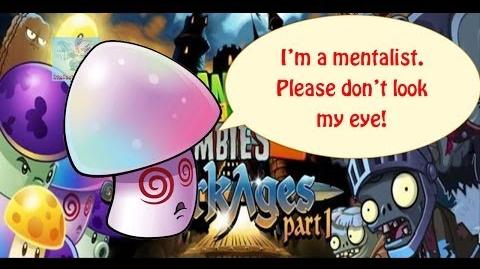 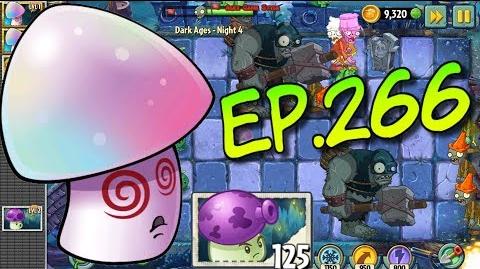 Retrieved from "https://plantsvszombies.fandom.com/wiki/Dark_Ages_-_Night_4?oldid=2301144"
Community content is available under CC-BY-SA unless otherwise noted.