Same as before
Dark Ages - Night 3 is the third level of Dark Ages in Plants vs. Zombies 2. It is the first level to feature an ambush called "Necromancy." Necromancy consists of Imp Monk Zombies or other zombies rising from tombstones. It is also the first appearance of the Imp Monk Zombies. After completing this level, the player receives a money bag.

This level introduces another gimmick of the tombstones of this world, which is the ambush, "Necromancy." This ambush will spawn Imp Monk Zombies from any tombstones that are on the lawn. To avoid this, the player must destroy enough tombstones. Using Grave Buster is the ideal way to getting rid of tombstones. In addition, there is a new tombstone, one that contains Plant Food. The player might want to take this tombstone out first, and use the Plant Food to whatever they please. Buckethead Peasant is the only big threat in this level if not the Necromancy ambush, so the player might want to bring along some heavy hitting plants like Citron. 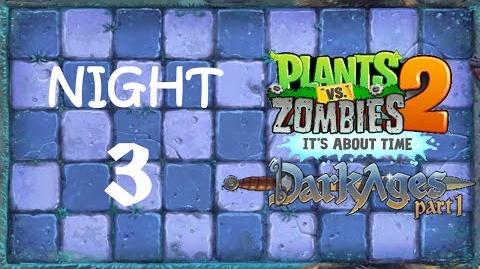 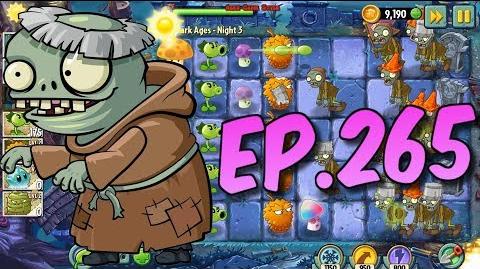 Retrieved from "https://plantsvszombies.fandom.com/wiki/Dark_Ages_-_Night_3?oldid=2277468"
Community content is available under CC-BY-SA unless otherwise noted.