A money bag
Dark Ages - Night 2 is the second level of Dark Ages in Plants vs. Zombies 2. Buckethead Peasant is introduced in this level. When this level is finished for the first time, the player unlocks the Puff-shroom.

The player is given Sun-shroom to use again, but also Puff-shroom. Puff-shroom can be used as an alternative to Potato Mine, due to it being free. However, in this game, Puff-shroom will disappear after a period of time, and can only be reset with the use of Plant Food. However, the player should bring more artillery for the Buckethead Peasant, as Puff-shrooms will not deal with them easily enough. Tombstones also appear, but now, some will start to spawn later in the level. 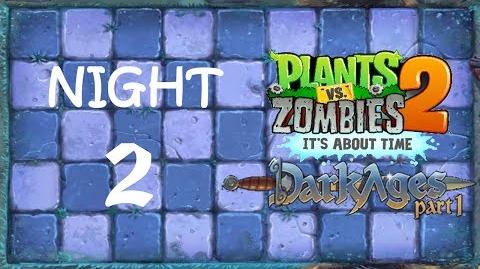 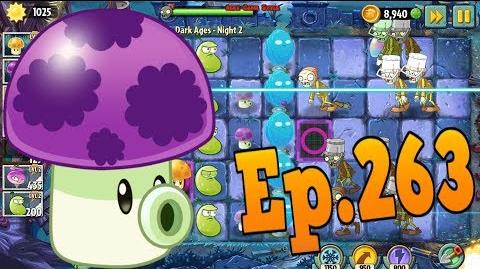 Retrieved from "https://plantsvszombies.fandom.com/wiki/Dark_Ages_-_Night_2?oldid=2301121"
Community content is available under CC-BY-SA unless otherwise noted.