Produce at least 5000 sun
Dark Ages - Night 14 is the fourteenth level of Dark Ages in Plants vs. Zombies 2. In this level, the Grave Buster and Sun Bean are automatically given, and the player is unable to choose other sun-producing plants. To beat it, the player must produce at least 5000 sun with Sun Beans and destroying tombstones, all of which contain sun. After completing this level, the player receives a money bag.

The player may only use Sun Bean to produce sun. Fortunately, all the tombstones in this level contain sun. Therefore, Grave Buster is needed to gather sun in order to pass the level. These will also count for the objective given. Dark Ages Gargantuar appears here and so does the Wizard Zombie, making this level harder. Sun Bean should be used wisely, specifically on Knight Zombies and Buckethead Peasants. In addition, the player should not defeat zombies too quickly, as the objective can easily not be met.

At one point, Sun Bean was glitched, and will not drop any sun from any zombie that will greatly get a profit of sun. Leveling up Sun Bean is the only option, as using Power Ups will not do anything because of the objective. However, this was fixed in the Birthdayz update of Plants vs. Zombies 2.

TIP: As long as you destroy all the tombstones, you will only have to generate 1800 sun from Sun Beans.

This strategy helps to maximize the amount of zombies killed for a small amount of sun.

You need the following:

How to beat the stage with this strategy: 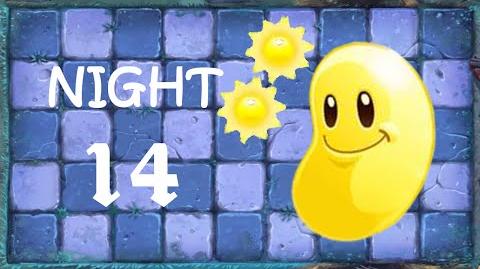 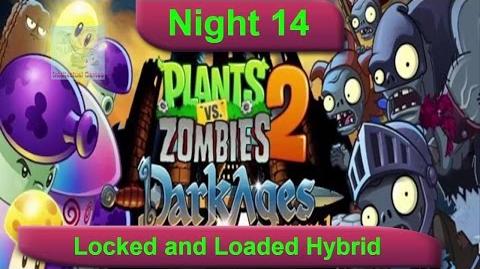 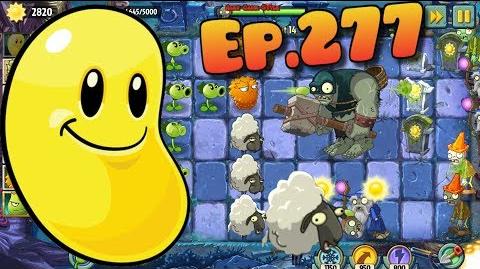 Retrieved from "https://plantsvszombies.fandom.com/wiki/Dark_Ages_-_Night_14?oldid=2298586"
Community content is available under CC-BY-SA unless otherwise noted.