A money bag
Dark Ages - Night 13 is the thirteenth level of Dark Ages in Plants vs. Zombies 2. It is a Special Delivery level. The Pea-nut is showcased in this level. When this level is finished for the first time, the player gets a Dark Ages Piñata.

This level introduces the Pea-nut to the player, and lets them use it for free. However, this plant will aid the player, but will also make this level very difficult. The main reasoning is due to the presence of the Jester Zombie. The Jester will counter two of the plants given, Puff-shroom and Pea-nut. This is likely added to apply ammunition to the Jester Zombie so it does not remain useless. However, Pea-nut is needed to guard against the Knight Zombie, as well as the Buckethead Peasant. The biggest threat is the Wizard Zombie, which appears frequently near the end, and is usually grouped behind Knight Zombies. Fume-shroom is the player's main attacking plant in this level, which does not appear as frequently as needed, making this harder. Grave Buster should be used immediately, as there are tombstones extremely close to the lawn mowers, otherwise Necromancy! zombies will reach the lawn mowers, and further to losing this level. There is also the fact that two of them contain Plant Food, making it even better to get rid of those first. 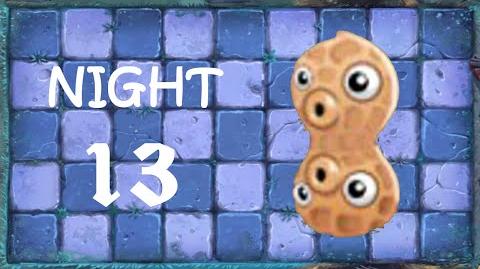 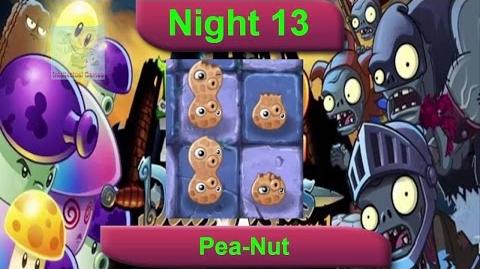 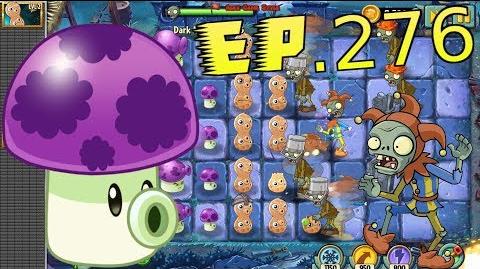 Retrieved from "https://plantsvszombies.fandom.com/wiki/Dark_Ages_-_Night_13?oldid=2262515"
Community content is available under CC-BY-SA unless otherwise noted.