A money bag
Dark Ages - Night 11 is the eleventh level of Dark Ages in Plants vs. Zombies 2. A new zombie called Wizard Zombie appears in this level. When this level is finished for the first time, the player gets a Dark Ages Piñata.

The Wizard Zombie is very dangerous. He has the ability to turn plants into defenseless sheep from anywhere on the lawn. In addition to that, he has no reliable counter, except Ghost Pepper, which cannot be transformed into a sheep. However, she is a gemium plant that may not be purchasable depending on the time. Grave Buster is highly recommended, as there are tombstones extremely close to the house which can overwhelm the player's lawn during the Necromancy ambush. 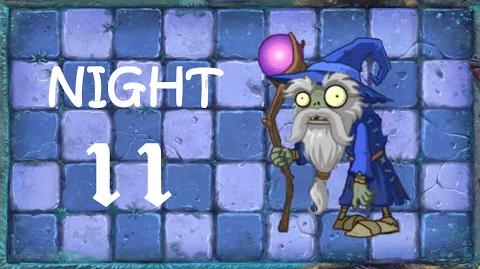 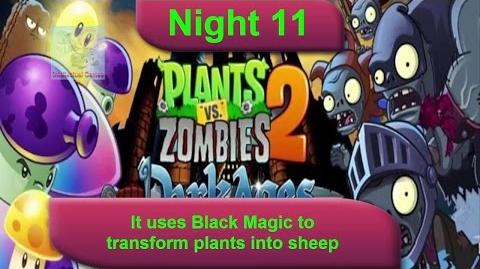 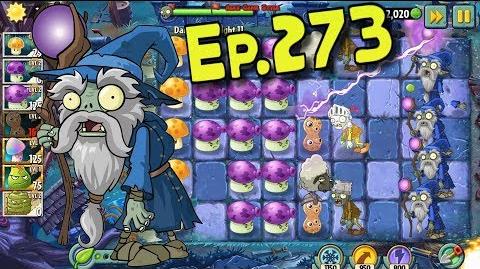 Retrieved from "https://plantsvszombies.fandom.com/wiki/Dark_Ages_-_Night_11?oldid=2262423"
Community content is available under CC-BY-SA unless otherwise noted.