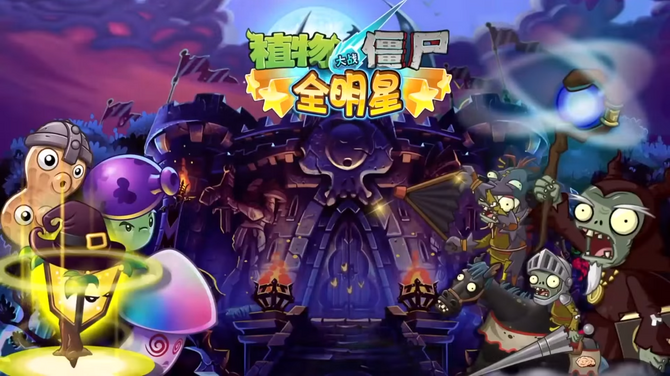 Complete Far Future; Level 70
Dark Ages (Chinese: 黑暗时代 pinyin：Hēi'àn shídài）is the eleventh world in Plants vs. Zombies: All Stars. It was added on January 24, 2016 in the 1.0.91 update.

This world presents a large variety of zombies, however, only a couple of them have unique effects.

Despite different looks, these zombies don't seem to have any special abilities gameplay-wise, and just deal melee damage to the right-most plant.

Wizard Zombie is the main threat in each level (except for Dark Ages - Night 30), as he appears on each wave in each lane and attacks the right-most plant at a distance each turn. However, he always spawns behind another zombie, so you need well-upgraded plants like Cypress or Winter Melon in order to deal with Wizard Zombies right away.

This zombie only appears on wave 3 in groups of three or alone. His ability is to summon 2 Wizard Zombies every four turns, starting on turn 1. This zombie can easily swarm the field with dangerous zombies, so stunning plants are necessary.

Imp Wolf's special skill activates every four turns, which is dealing melee damage to the right-most zombie and restoring dealt damage as a health. This ability isn't that threating, as Gentle plants will be able to heal all of the dealt damage.

Knight's special skill activates every four turns, which is healing a quarter of Knight's health. This zombie is annoying to deal with, but stunning plants will help dealing with Knight Zombies.

Jester is an incredibly dangerous zombie, as his special skill activates every four turns, allowing him to dodge all normal attacks and reflect some damage back for two turns. Plants' active abilities still deal some damage to him and apply all the negative effects. 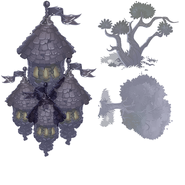