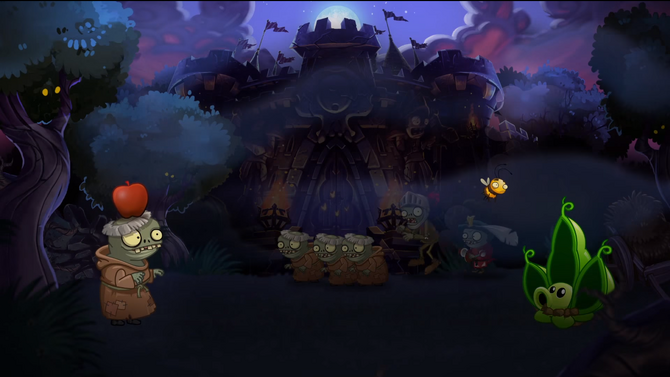 As it namesake says, Dark Ages takes during the tenth century where culture and economy slowly deteriorate mankind that follows the decline of the Roman Empire. Also, the use of black magic like necromancy became the center of usage for evil purposes.

Like in Ancient Egypt, tombstones appear in Dark Ages. However, they can now occasionally spawn by themselves and summon zombies through an ambush called "Necromancy!". Certain tombstones marked with a sun or Plant Food icon reward players with 100 sun and one Plant Food when destroyed respectively. If a grave spawns where there is a plant, that plant and all plants in front or behind it will move forward one column. All sun producing plants still do produce sun in these levels, but it is still recommended to use Sun-shrooms or Gold Blooms due to their lower costs.

The Necromancy ambush is a reference to the magic of communicating with the dead, coming from the Greek words nekros meaning "dead body," and manteia meaning "prophecy."

Dark Alchemy refers to how alchemy is often portrayed in media as a "dark magic".

Left to the zombies' castle, there is a sword that is stuck in a rock. It is a reference to Arthur's Challenge and Excalibur, a legendary sword with mystic powers. It would proclaim the only one who could remove the sword from the stone was the king of England.

The trailers references various famous legends and stories about this era:

The world description makes a pun on the word night with the phrase "in the dark of knight."

Penny states that a plague recently swept the area, a reference to the black plague, a life-threatening illness brought about by diseased fleas on rats during the era. The Wizard Zombie also alludes to the plague, since its legs are bandaged.

The moon in the background of the castle with a face is possibly referencing the moon from The Legend of Zelda: Majora's Mask.

Bring out your undead to the year 948! Harvest mushrooms in the dark of knight and get medieval on zombies from the days of yore!

The player requires the world's key, which is obtainable by completing Far Future - Day 25, giving them access to the Dark Ages.

When the player defeats Night 9's wave, a medieval scroll is shown, saying "By decree of Lord Zomboss: Please leave thoust brain on thine stoop". On the tenth night, Dr. Zomboss writes a note before the huge wave attacks. The wave with the Dark Ages Gargantuar is defeated.

On the twentieth night, Zomboss claims that Plant Food is made out of zombies before attacking the player in his Zombot Dark Dragon. When the Zombot is destroyed, Penny reveals that Plant Food contains no zombies or zombie byproducts. Zomboss then retreats.

There is a total of 19 levels and 1 boss battle to play as well as introducing five new plants (four which return from the first game) and eleven new zombies.

+ The plant next to it is boosted, even if the player does not have it boosted.

Dark Alchemy is Dark Ages' exclusive Brain Buster. These levels' layouts are exactly the same as the normal levels, but potions will rise from the ground over time and boost zombies if they are stepped on. The potions will bring different effects to the zombies such as increasing their health and speed. While they are being vested by speed and strength boost, the zombies also grow big.

Arthur's Challenge is Dark Ages' Endless Zone. Grave Buster is exclusive to this and Pyramid of Doom. This Endless Zone is very difficult as Winter Melons and other strong plants will be useless against Gargantuars because of Jester Zombies. The former combined with Zombie Kings, Knight Zombies, and Wizard Zombies further add to this Endless Zone's difficulty.

Zombot Dark Dragon is the boss of Dark Ages and is encountered at the final level. It can shoot fireballs that can hatch Imp Dragon Zombies and those fireballs can also damage plants and zombies. The fireballs also create scorched tiles that cannot be planted on. Fortunately, they only last for a few seconds. 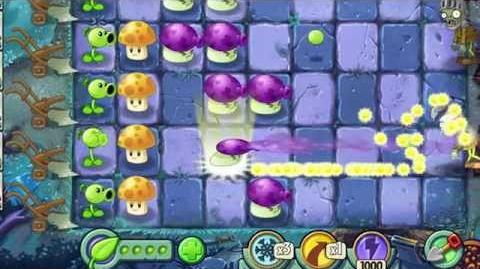 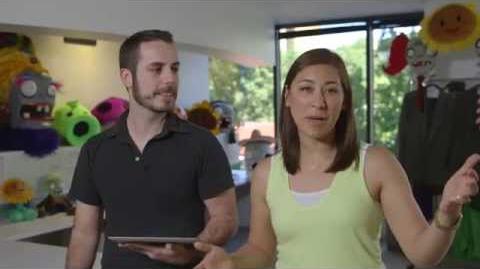