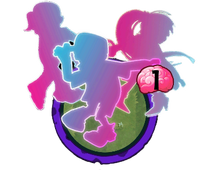 Backup Dancers in random lanes.
You put your right foot in! No, wait, you might need that.
Dance Off is a super-rare zombie superpower trick card in Plants vs. Zombies Heroes and a member of the

to play, and its ability makes two Backup Dancers on random lanes. Its plant counterpart is More Spore.

Its name is based on the real meaning of "dance off," which is a competition, or a round in a competition, in which a number of dancers compete against each other until a winner is declared.

Its description is a reference to the Hokey Pokey, a participation dance with a distinctive accompanying tune and lyric structure.

You put your right foot in! No, wait, you might need that.

There is not much to this card in terms of power as it makes two very weak fighters on the field. The best time to use this card is either in the early game to apply pressure against your opponent, or in a situation where a weak zombie can serve as a meat shield. Keep in mind this is also a zombie trick, so no plant is able to get rid of these until the Fight! phase. However, it makes the Backup Dancers on random lanes, so the superpower has a chance to miss blocking the plant that will defeat you.

The best strategy for using these is to use them in conjunction with certain synergy cards. Since Backup Dancer is a dancing card, you can pair them with dancing synergy cards: Aerobics Instructor can increase the strength of the Backup Dancers, assuming they survive, Headhunter can do 6 damage to your opponent (unblockable if Evolved), and Flamenco Zombie can do 4 more damage if both Backup Dancers are on the field. However, Headhunter is the only viable option as the Backup Dancers have very low health and are thus very unlikely to survive even a turn, and it isn't usually worth boosting any of them. Aside from dancing synergy, Unlife of the Party can benefit from this trick very well if he is on the field, gaining +2

when this is played.

Another strategy is to use this as setup for Evolution; since you essentially play two zombies, there is a good chance that at least one will survive. As a bonus, all cards with an Evolution ability that are accessible to Professor Brainstorm and Electric Boogaloo are compatible with Backup Dancer.

As Professor Brainstorm, you can use this with Bad Moon Rising to turn the Backup Dancers into more powerful zombies. You could also start with Dance Off, then play Transformation Station to get a random 2-brain zombie on turn 3 if one of the Backup Dancers survives. This strategy might not work in some situations, but you might give yourself an edge with this random zombie if it works. You can also have Mustache Waxer on the field before playing Dance Off on turn 2, since he will get boosted twice and give you 2 brains due to the Backup Dancers being mustache zombies.

This may not be that much of a problem, but if your opponent possesses zombies that can boost the Backup Dancers, beware. While the two attacks from the Backup Dancers aren't a big deal, you must also watch out for future combos like Unlife of the Party and Flamenco Zombie later in the game, as well as Bad Moon Rising if you are against Professor Brainstorm.

The easiest way to take out the Backup Dancers is Sour Grapes, which instantly destroys both of them when played. Kernel Corn can also be used in a similar fashion, although much more expensive. 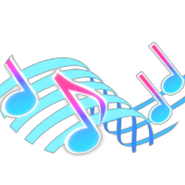 Dance Off being played

Dance Off's statistics, note how the color of the Super-Rare ribbon is incorrect