Not to be confused with Daily Challenge (PvZH), a feature in Plants vs. Zombies Heroes.

Daily Challenge (挑战) is a feature in the Chinese version of Plants vs. Zombies 2. In this mode, players can get normal and costume Puzzle Pieces for plants. It consists of three modes:

This is a battle with the Gunpowder Devil. The player can choose one of three difficulty levels:

This mode is a battle with the Zombot Sphinx-inator. The player can choose one of three difficulty levels:

EDIT: I need to let you guys know that from version 1.9.0 onwards, this strategy is less likely to succeed due to the bosses being immune to being chilled.

You will need the following plants:

The rest are fillers. Of course, if you want, you can bring plants that can help you hasten the defeat of the gunpowder devil. Here's the list of my plants.

To win, set the lawn as shown below.

The power of the cactus (level 3)

So I do have another method of beating this boss.

You will need the following

The rest are optional. I brought:

Now that you brought these plants, follow the steps below on how to beat the devil.

Other than the fact that the Zombot takes up one row and takes more damage while stunned, it is basically a repeat of this day.

Bring along the following plants:

Setup your lawn as shown below.

The power of the sun (level 3)

Bring along the following plants:

Setup the lawn as shown in lawn setup a.

In this mode, the player fights against a horde of zombies in a Last Stand setup. In every level, there are some Gargantuars. Every Gargantuar can drop a mini money bag (which is worth 500 coins) or a Puzzle Piece after defeated.

If you want to do this mode as early as possible without any monthly special plants, look below.

(And yes, all the plants are at level 1)

Set up your lawn as shown below. You should have 250 sun left.

When the first Gargantuar appear,Give Plant Food to the Peashooter in the row.

If The Gargantuar throws its Imp,Then Use Another plant food to kill the Imp fast.

When the Last two Gargantuars appear,then do what you done to the first gargantuar.You can also use Your Potato Mines if Possible. 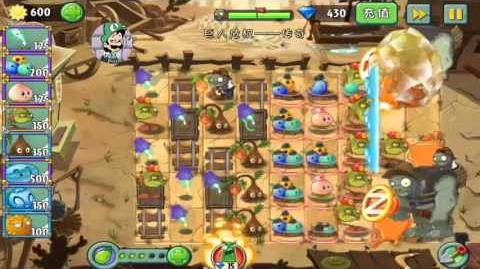 Daily Challenge menu (v1.8.2+)
Add a photo to this gallery 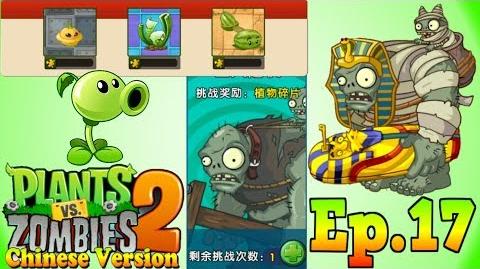 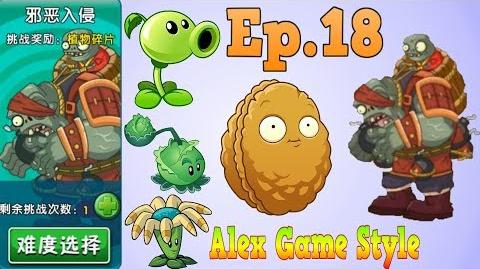 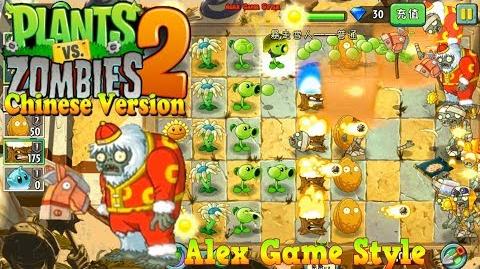 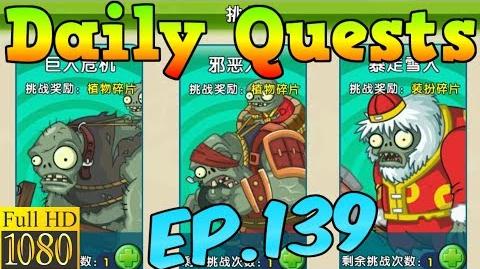