Creates a vortex that pulls zombies together

Cycloque, who dreams of becoming a ballet dancer, has one trick: She can rotate many rounds in place. "I think I will be able to become the world's greatest ballet dancer, but no one wants to hire me, I do not understand why." Cycloque says in frustration, as she swallows a large mouthful of ice-cream.

Cycloque (旋涡枇杷; pinyin: xuánwō pípá) is the first plant obtained in Sky City in the Chinese version of Plants vs. Zombies 2. She draws in zombies from a 3x3 area around her tile, behaving similarly to a Sweet Potato. Upon being pulled in, the zombies can smack into each other, taking damage and stunning them. After a while, the zombies will return to their original tiles.

Cycloque is based on the loquat (Eriobotrya japonica), a fruit from the Rosaceac family, which is native to China.

Her name is a pun on "cyclone" and "loquat".

Zombies will be pulled together normally but will not be spread out.

She can be used as weaker, aerial Cherry Bomb without her costume. She is a cheap way to dispose of threats such as Double-Cabin Aircraft Zombie. Outside Sky City, she doesn't deal damage to zombies, which lowers her effectiveness.

One effective strategy is to use Cycloque on a group of zombies, then use the Squash to squash all zombies on that tile. This works with Lava Guava as well, as he can burn all zombies there.

Cycloques are also able to block the bullet attack of the Zombot Vulture Fighter, which can wipe the lawn clean if not blocked effectively.

Cycloque in the Sky City trailer 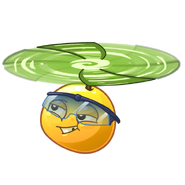 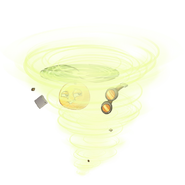 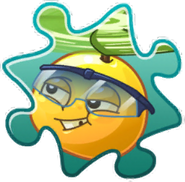 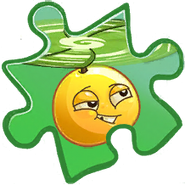 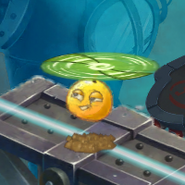 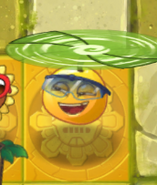 Cycloque on a Gold Tile 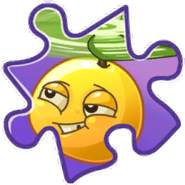 Retrieved from "https://plantsvszombies.fandom.com/wiki/Cycloque?oldid=2360654"
Community content is available under CC-BY-SA unless otherwise noted.