Cut Down to Size 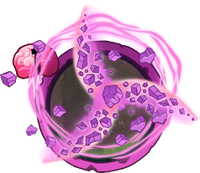 Cut Down to Size

Destroy a Plant that has 5

or more.
"The tallest blade of grass is the first to get cut. Braaainz!" - Ancient Zombie Proverb
Cut Down to Size is a super-rare zombie superpower trick card in Plants vs. Zombies Heroes and a member of the

to play, and its ability instantly destroys a selected plant with 5

Its name is based on the phrase "Cut down to size," which means to lower or decrease someone's importance, self-importance, or confidence.

Its original description is based on an actual idiom, while its current description is a reference to a Russian proverb, "The tallest blade of grass is the first to be cut by the scythe."

"The tallest blade of grass is the first to get cut. Braaainz!" - Ancient Zombie Proverb

This card is extremely efficient and can be used plants that get too powerful, like Super-Phat Beets, Pea Pod, Soul Patch, Hibernating Beary or Doubled Mint. It can also be used to destroy glass cannons like Carrotillery if you don't have better options. This trick should not be used to destroy Grapes of Wrath as you will receive 6 damage, unless you are close to blocking an attack, or you want to clear the way for a powerful zombie.

Keep in mind that Rocket Science has a similar ability, but is much more expensive. However, the standards of its ability are easier to meet due to the threshold being over 4

, not to mention that it can be played more than once due to it being a normal card and not a superpower.

Just like Rocket Science, having two or more threatening plants can force your opponent to decide which plant would threaten them more, and once played, you won't have to worry about it for the rest of the game as it can only be used once.

If your plants don't have more than 5 strength, you won't even need to worry about its ability, as the opponent can't play it. 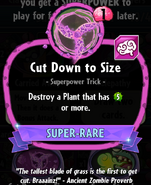 Cut Down to Size's statistics

Cut Down to Size's card 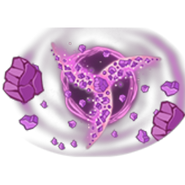 Cut Down to Size's card image 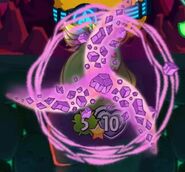 Cut Down to Size being played 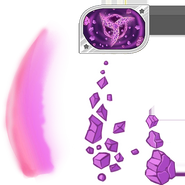 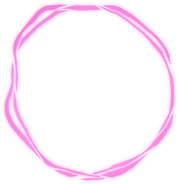 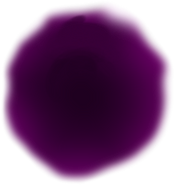 Cut Down to Size's statistics

The player receiving Cut Down to Size after losing a level