When an Environment is played, this gets +1

.
He's Peel deGrass Lichen's biggest fan.
Cosmoss is a galactic uncommon plant card in Plants vs. Zombies Heroes and a member of the

He does not have any traits, and his ability gives him +1

every time an environment is played.

He is based on moss, small flowerless plants that typically grow in dense green clumps or mats, often in damp or shady locations, and a galaxy, more specifically, the spiral galaxy, a galaxy with spiral arms that extend from the center into the galactic disc.

His name is a portmanteau of "cosmos," the universe regarded as a complex and orderly system, referring to him being a Galactic Gardens card, and "moss," the real-life plant he is based on. It may also incorporate Cosmos: A Spacetime Odyssey, a show hosted by Neil deGrasse Tyson.

The name "Peel deGrass Lichen" mentioned in Cosmoss' description is a reference to Neil deGrasse Tyson, an American astrophysicist, author, and science communicator.

Despite him having no tribe synergy at all, Cosmoss has good base stats for his cost, and a useful ability as well. His ability can be compared to Black-Eyed Pea's ability, except this gets boosted by environments instead of tricks, including plant environments.

Therefore, Cosmoss is at his best when you are using a deck full of environments, as each environment played gives him a small boost. Take note that this ability also activates when your opponent plays environments as well, making him a good counter against environment decks too.

Cosmoss is cheap and has good stats for a 1

plant as well as a useful ability, making him potentially dangerous, especially if your opponent focuses on playing many environments. Refrain from playing your environments unless necessary.

at the start, you can destroy him with Rolling Stone or Bungee Plumber if he is unboosted. If Cosmoss gets out of control, play instant-kill tricks like Rocket Science or Locust Swarm. You can also Bounce him to remove any boosts he has received from his ability, although he can easily be played again later on due to his cheap cost.

If your opponent has not played any environments at all, you can use Total Eclipse on his lane to nullify his boost. Aside from that, however, it is not a good idea to play environments, including zombies that make them like Trapper Zombie, while this is on the field. 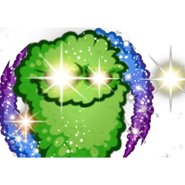 Extinction Event being used on Cosmoss 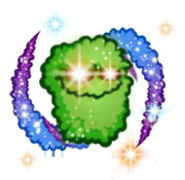