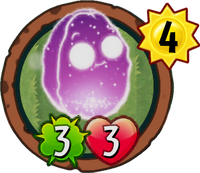 When played: Conjure a Nut, and its

.
A staunch believer in numerology, he'll go on at length about the significance of the number 3 if you let him.
Cosmic Nut is a galactic rare plant card in Plants vs. Zombies Heroes and a member of the

. He does not have any traits, and his ability Conjures a nut card when he is played, and sets its strength to 3. The latter ability persists even after the Conjured nut has been Bounced.

His appearance is based on Wall-Nut.

His name is a combination of "cosmic" and "nut," referring to his appearance.

A staunch believer in numerology, he'll go on at length about the significance of the number 3 if you let him.

Three-Nut effectively beats this card as long as it is alive and frankly his stats are underwhelming either. It is recommended to spark him most of the time.

There is nothing you can do to stop him from activating his ability, and Bouncing the Conjured nut does not help either, as the nut's strength becomes 3 permanently.

You don't really need to destroy Cosmic Nut itself, you should rather focus on the plant the opponent conjured. Damaging tricks like Bungee Plumber or Exploding Fruitcake can take care of the plant. Or even better, Knockout can potentially take out Cosmic Nut and the nut conjured at the same time.

Like other cosmic plants, another way is to have a Quickdraw Con Man on the field to make the opponent think twice before playing him, as he will deal 1 unblockable damage to the plant hero once he Conjures a card. 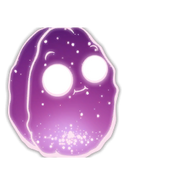 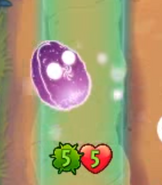 Cosmic Nut with the

Time to Shine being used on Cosmic Nut 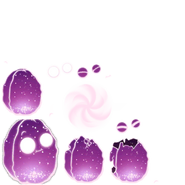