Contain-mints stun all zombies on the board and provide a temporary boost to all Contain-mint Family plants on the lawn.

Spending 100 mints
"Go easy, there," says Contain-mint. "No need to be in such a rush all the time. Movement is totally overrated."

Contain-mint's name is a portmanteau of "mint" and "containment," the act of containing something.

Contain-mints stun all zombies on the board and provide a temporary boost to all Contain-mint Family plants on the lawn.

"Go easy, there," says Contain-mint. "No need to be in such a rush all the time. Movement is totally overrated."

Note that Contain-mint's recharge is 30 seconds shorter during the Improve-mint event.

Contain-mint works very well with Stunion, as Stunion will receive the poison effect it would get as if it were at level 5 and also get a longer stun duration. Another plant that works well with Contain-mint is Stallia as it will knock back zombies as if it were at level 5 as well as having a longer slow duration. A boosted Spring Bean can potentially knock zombies off screen, instantly defeating them, while a boosted Magnet-shroom can easily clear out entire areas of metal, and can work even in Endless Zones.

Even on its own, Contain-mint is still an effective plant since its ability is useful without the support it provides to plants in its family, functioning as a psuedo-Iceberg Lettuce plant food effect, which can give your plants time to damage the zombies or give your seed packets time to recharge.

Contain-mint's ability to stun all zombies on screen is useful in adventure mode, but can potentially be detrimental in Arena because you will normally want to kill the zombies as quickly as possible. It's also not advised to bring Contain-mint on levels where you can't lose plants, as it will disappear after a while. 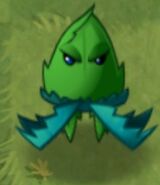 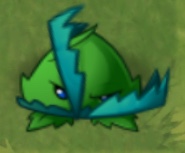 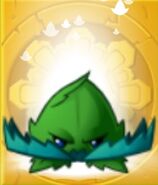 Contain-mint on a Gold Tile

Contain-mint in an ad (note that Lily Pad and Thyme Warp are also included in the ad, despite not being in the Contain-mint family) 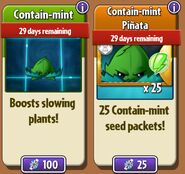 Contain-mint and its seed packets in the store

Contain-mint ready to level up

Contain-mint in an Improve-mint advertisement on Plants vs. Zombies' Twitter 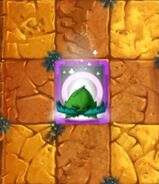 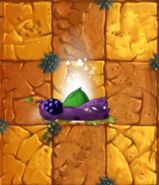 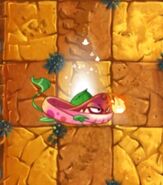 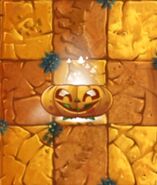 Contain-mint on Pumpkin
Add a photo to this gallery 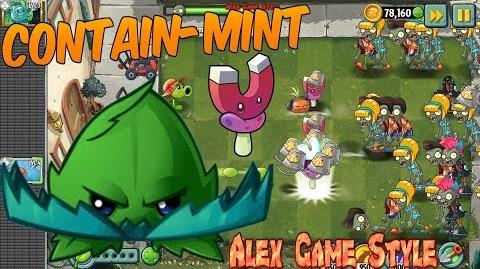 Retrieved from "https://plantsvszombies.fandom.com/wiki/Contain-mint?oldid=2224709"
Community content is available under CC-BY-SA unless otherwise noted.