Conceal-mints power up all shadow plants on the lawn, drag some number of zombies to their doom, and provide an additional temporary boost to Conceal-mint Family plants.

Spending 100 mints
Conceal-mint ducks ninja-like out of the party without telling a soul. "Where's Conceal-mint?" ask the other plants. They don't know. Nobody does. Conceal-mint is just that sneaky.

Conceal-mint is a Power Mint plant in Plants vs. Zombies 2. When planted, several zombies are dragged down like how a Grimrose does, except for machines and Gargantuars. It also powers all shadow plants on-screen (including the ones placed after it), and gives the Conceal-mint Family plants a significant statistical boost.

Like other Power Mints, it cannot be imitated or affected by other mints. After 6 seconds, Conceal-mint disappears.

Conceal-mint can be obtained with 100 mints in the Store when it is available.

Conceal-mint is based on the "Lamiaceae." (also known as "mint")

Conceal-mint's name is a pun on the word "concealment," meaning "the action of hiding something or preventing it from being known." This is then a reference to the fact that it looks like it's concealing something, and it enhances shadow plants.

Conceal-mints power up all shadow plants on the lawn, drag some number of zombies to their doom, and provide an additional temporary boost to Conceal-mint Family plants.

Conceal-mint ducks ninja-like out of the party without telling a soul. "Where's Conceal-mint?" ask the other plants. They don't know. Nobody does. Conceal-mint is just that sneaky.

Note that Conceal-mint's recharge is 30 seconds shorter during the Improve-mint event.

Conceal-mint comes in handy in levels where Moonflower is restricted such as Last Stand levels as it'll activate the shadow plants' powered mode once placed on the lawn without the help of Moonflower. With the help of the Conceal-mint, Dusk Lobber, Nightshade and Shadow Peashooter's damage will be increased, while Shadow-shroom will make a zombie poison more zombies that are near it.

One of the best uses of Conceal-mint is not for offense, but for sun production. Moonflowers will produce significantly more than their already high base amount of sun when boosted by Conceal-mint.

Conceal-mint's family has high amounts of splash damage. Thanks to Conceal-mint, Dusk Lobber and Shadow Peashooter can easily tear through hordes of stronger zombies, which would normally take a long time to defeat. Conceal-mint's ability is also quite powerful, allowing many zombies to be instant-killed regardless of health.

It is not a good idea to bring Conceal-mint into "don't lose more than X plants" levels as it will disappear after a while. 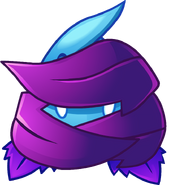 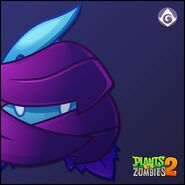 A poster of Conceal-mint from the Plants vs. Zombies Twitter

Conceal-mint's seed packets in the Store 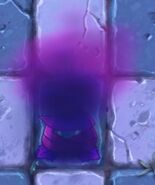 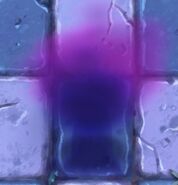 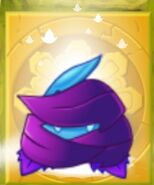 Conceal-mint on a Gold Tile

Conceal-mint ready to level up

Retrieved from "https://plantsvszombies.fandom.com/wiki/Conceal-mint?oldid=2211710"
Community content is available under CC-BY-SA unless otherwise noted.