Legendary
The Computer Scientist wasn't always so savvy with technology. He only recently discovered computers, and now he's wandering Zomburbia, searching for that information superhighway he's heard so much about.
Computer Scientist is a Legendary variant of the Scientist in Plants vs. Zombies: Garden Warfare 2. He has 100 health just like the default Scientist and uses a weapon called the Code Corrupter as his primary weapon. His special ability is that if he gets enough vanquishes, he enters 'Crunch Mode' which raises his movement speed and damage. It is worth noting though, that vanquishes scored while in Crunch Mode will not extend the duration of the mode, meaning it will always last for the same amount of time. He was first revealed in gameplay of the Backyard Battleground. He and the Zoologist were the only unlockable Scientist variants during the beta.

They only appear if the player gets a "Super Robot Wave", which is getting 3 Mech Gargantuar boss icons. Then, the entire wave will made up with a bunch of Robo-Zombies and some Computer Scientists.

Unlike online multiplayer modes, Computers Scientists here don't really do much damage to the players if they get hit directly. However, they can still heal the bosses and the Robo-Zombies if you don't deal with them for too long. They sometimes appear to be customized, depending on the lower difficulty. 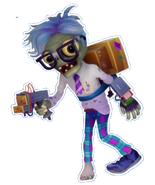 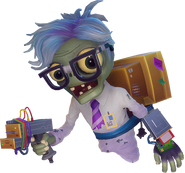 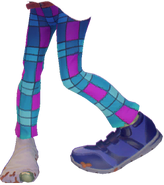 Computer Scientist in the customization booth 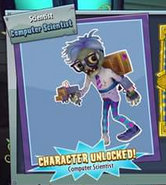 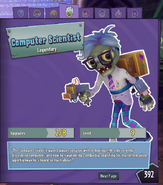 Computer Scientists healing the Robo-Zombie, while fighting a Vampire Flower

A Computer Scientists healing a Mech Gargantuar in Garden Ops