For the plant in Plants vs. Zombies 2 that this line is based on, see Blover.

Deals damage to all enemies on screen

The Clover line was a Brave

All members of the Clover line are based on the shamrock, a young sprig of the clover, a group of plants belonging to the genus Trifolium.

The first tier Blover was based on the plant of the same name from Plants vs. Zombies 2.

The second tier Four-Leaf Blover was based on the "four-leaf clover", a rare variation of the three-leaf clover said to bring those who find them good luck.

The third tier Fan Blover was based on an electric fan, due the line's ability to blow strong gusts of winds. 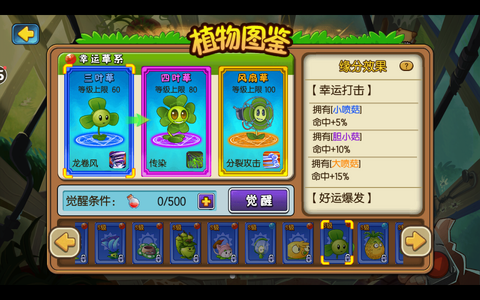 After unlocking the Clover line, additional puzzle pieces could be used to upgrade it, which increased its stats and ability LVs.

Clover line stats would be increased if these specific plants were unlocked. 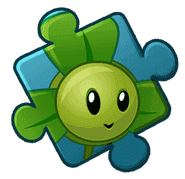 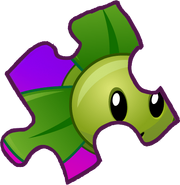 Clover line special offer
Add a photo to this gallery

Blover sleeping in the Zen Garden 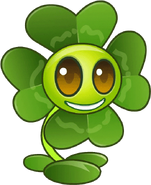 HD Four-Leaf Blover with its costume 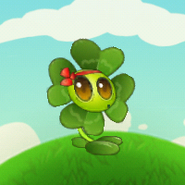 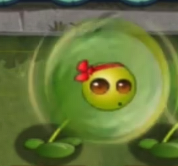 Attacking Four-Leaf Blover in its costume

HD Fan Blover with its costume 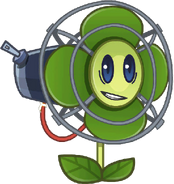 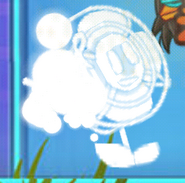 Fainted Fan Blover
Add a photo to this gallery

Retrieved from "https://plantsvszombies.fandom.com/wiki/Clover_line?oldid=2361686"
Community content is available under CC-BY-SA unless otherwise noted.