For other uses, see Citron (disambiguation).

N/A (unlocked from the start)
Citron is a time-traveling bounty hunter from the future, who also happens to be an orange. He's here to chew bubblegum and kick Z-Mech butt, and he's all out of bubblegum.

Citron is a playable plant class in Plants vs. Zombies: Garden Warfare 2. He is depicted as a time-traveling, bounty-hunting orange from the future who traveled to the present to turn the tide of battle. He is the tank class of the plants' team.

The Citron is a time-traveling bounty hunter from the future… and also an orange. His one of a kind transformation ability allows him to get into the action faster than any other Plant, then instantly transform to attack mode for maximum effectiveness!

Citron is a time-traveling bounty hunter from the future, who also happens to be an orange. He's here to chew bubblegum and kick Z-Mech butt, and he's all out of bubblegum.

Use his ball form to roll right into the action before switching to attack mode, laying waste to Zombies with his Orange Beam!

Citron's primary weapon is called the Orange Beam. It's simply a laser with infinite ammo, behaving very similarly to the Sunflower's Sunbeam, albeit not as strong (it overheats though). It deals 2 normal damage at long range but this ramps up to 9 regular damage at close range. The beam also deals 2 blast damage to any target within a 0.5 meter radius. This blast damage stacks with the direct hit damage.

Citron's primary weapon, the Orange Beam, is most effective when consistently having the target zombie in the center of your crosshair. Keep in mind that in order to do proper damage to zombies with the Orange Beam, you will need to go right up to them (the beam does very low damage at long range).

As a Citron, you need to play as aggressively as possible. Charge into a fight or objective. With 200hp, Citron is able to sponge a lot of damage. He is also given an ability called "Peel Shield". Use that ability when you engage a Zombie player to give you some protection from frontal damage. If you feel that you are about to get vanquished, change into ball mode and get out of the area, and find a nearby Sunflower to restore your health. At full health again? Charge back into the fight.  Citron excels at Herbal Assault, as he is able to quickly jump into an objective to start capturing.  Avoid attacking at long range if you aren't an accurate player. Missing your attacks gives away your position to Zombies. If you have good aim, definately shoot long range targets. It doesn't do much damage, but by the time they reach you they will have much less health (making it easier for you or your teammates to finish them off).

When fighting a Citron, try to make it as hard for the Citron to hit you as possible. Imps are great at dodging Citron's Orange Beam. Seeing that Citron isn't exactly a small target, it should be easy to hit him while he is in Assault Mode. As a Foot Soldier, don't be afraid to rocket leap up to a Citron and shoot your ZPG at it. Just be careful, as some Citron players can quickly block the ZPG with their Peel Shields.

All Ice variants of Zombie characters are extremely effective against Citron. 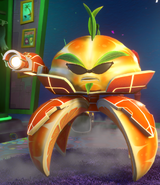 Citron vs. Imp in promotional artwork

Citron on a bus with a Weed, Rose, and Kernel Corn

PopCap's SDCC comic with Citron on the right 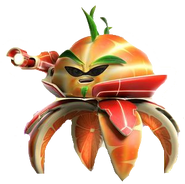 Another photo of the Citron

Citron winking under its shades in the trailer 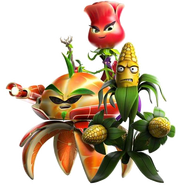 Citron in the Backyard Battleground 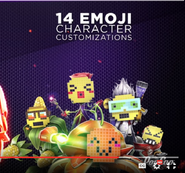 Citron attacking an AC Perry with a group of Weeds 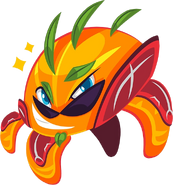 Icon of Citron in battle 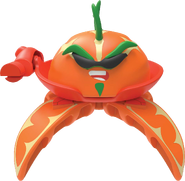 Citron Ball in-game
Add a photo to this gallery

Retrieved from "https://plantsvszombies.fandom.com/wiki/Citron_(PvZ:_GW2)?oldid=2236983"
Community content is available under CC-BY-SA unless otherwise noted.