Launched from Carnie Cannons, can handle more damage than the average Imp.

(can be blown away when fired off)

(faints when eating it)

(can be knocked off the lawn)

Thymed Events - Backyard Big Top - Level 11
Carnie Imp is an Imp zombie in Plants vs. Zombies 2 encountered in the Backyard Big Top Thymed Events. They are often launched from Carnie Cannons. Its helmet allows it to absorb slightly more damage than a Buckethead Zombie.

At the same time, though, you wouldn't want to bet your life on these guys only coming out of cannons.

This Imp is one of the strongest Imps due to having armor. Try to stall him with defensives to take time defeating him, as well as slowing plants. Magnet-shrooms are viable to take down this Imp, as they can remove his helmet. 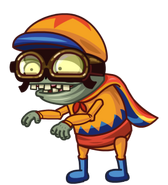 Carnie Imp without his helmet 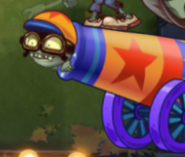 Carnie Imp in the cannon

Carnie Imp launched from the cannon 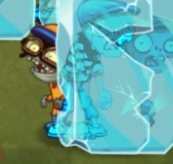 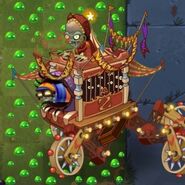