Cannons Away is a Brain Buster exclusive to Pirate Seas where the player must use five already-placed Coconut Cannons to shoot down Seagull Zombies. Shooting them gives players points and hitting three of more Seagull Zombies with one cannonball results in a combo and more points. Upon completion, a silver coin is awarded.

Before the 6.1.1 update in the international version and still in the Chinese version, the points turn into coins (approximately 1% of the player's score is awarded as coins) upon completion. In order to beat the level, the player must beat Penny's high score.

This is a list of scoring patterns for this Brain Buster, assuming "z" is the number of zombies killed.

Save your cannonballs until Seagull Zombies come in large numbers. Killing one or two Seagull Zombies should be avoided at all times. This way, you can rack up big combos and thus earn more points.

Wait for a wave where multiple curve-shaped waves of Seagull Zombies appear and wait until they come together. Fire Coconut Cannons accordingly to keep them frozen in place and watch the points roll in. However, do not spend too much time waiting, as the Seagull Zombies will fly off-screen after a period of time if they are not killed.

Avoid turning on the Turbo Button when playing these levels, as it will make the Seagulls Zombies faster, making it easier to miss your shots. 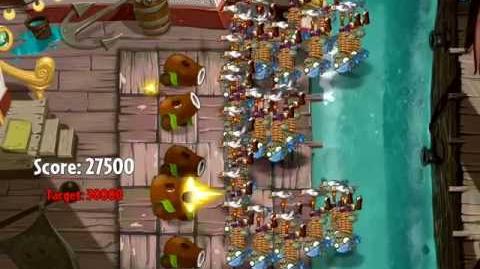 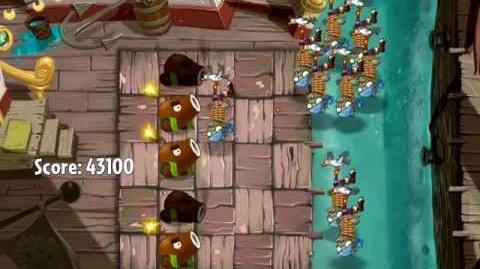 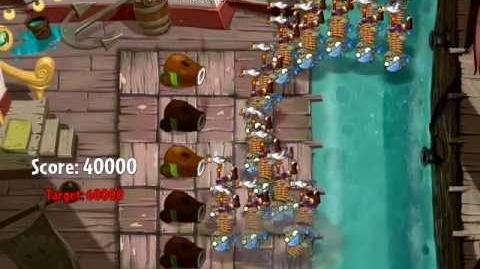 Retrieved from "https://plantsvszombies.fandom.com/wiki/Cannons_Away?oldid=2279253"
Community content is available under CC-BY-SA unless otherwise noted.