For more information about the character that this line is based on, see Cactus.

Deals damage to farthest enemy in its lane

The Cactus line (仙人掌; pinyin: xiānrénzhǎng) was a Class A 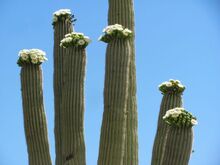 All members of the Cactus line were based on members of the family Cactaceae, also known as cacti, waxy succulent plants which are covered in sharp spines to defend themselves from herbivores.

Ball Cactus was based on Parodiamagnifica, a species of cactus native to Southern Brazil.

Cactus was based on the plant with the same name and appearance from Plants vs. Zombies 2.

Tree Cactus was named after a tree cactus, which is a genus of cactus in the genus Pilosocereus, however its appearance was based on a prickly pear. 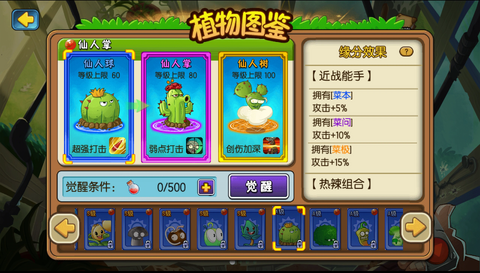 After unlocking the Cactus line, additional puzzle pieces could be used to upgrade it, which increased its stats and ability LVs.

Cactus line stats would be increased if these specific plants were unlocked. 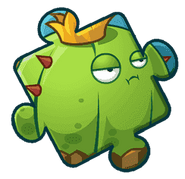 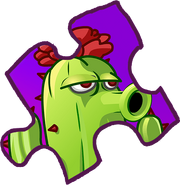 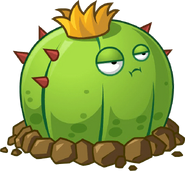 Tree Cactus floating without its cloud due to the glitch