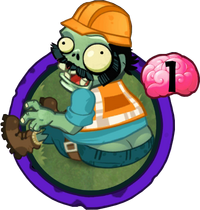 Do 2 damage.
Likes: Plumbing and adventure sports. Dislikes: Belts.
Bungee Plumber is a basic common zombie trick card in Plants vs. Zombies Heroes and a member of the

to play, and its ability does 2 damage to a selected plant or the plant hero. Its closest plant counterparts are Banana Bomb and Berry Blast.

Its name is a play on the words 'bungee jumper', as 'plumber' sounds similar to 'jumper'.

Despite it seeming mundane and inferior to other tricks like Exploding Fruitcake, this is one of the strongest cards in the entire game, and auto-included in every serious crazy deck.

The best use for this trick is to destroy glass cannons like Zapricot, early plants that can be a threat later on like Pea Pod, or problematic plants like Repeater. Using this on your opponent when they have 2 health or less left is also a good idea, provided they don't block it. It can also be used to weaken your opponent or a plant, so they can be finished off by another attack, or to force a block, making way for a bigger hit to come.

A good strategy with Electric Boogaloo is to use Bungee Plumber to damage a heavily boosted plant, and then use Evaporate to destroy it instantly, all for only 2 brains. However, do note that you can only do it only once, unless you get lucky with Quasar Wizard. As Impfinity, combining it with Zombot Sharktronic Sub can make it more of a threat, thus destroying a heavily boosted plant in a similar fashion to Electric Boogaloo.

Crazy heroes will often bring this with them, so try not to use weak plants. Instead, use plants with more than 2 health such as Torchwood and Wall-Nut to lessen the impact of this trick. You can also play plants that will activate their abilities upon getting hurt or destroyed such as Galacta-Cactus, Mirror-Nut, Hibernating Beary, Pear Cub or Punish-Shroom, or deter/prevent the use of this trick with Black-Eyed Pea, Sportacus, Forget-Me-Nuts, Dark Matter Dragonfruit or Brainana.  Also, try to keep your health above 2, otherwise your opponent may play this to instantly defeat you. You can use healing cards, or play Body-Gourd or Soul Patch to protect you from Bungee Plumber. 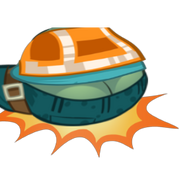 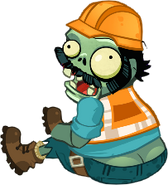 Plumber's statistics (only used in the tutorial)