For other uses, see Imp (disambiguation).
Not to be confused with Bug Zombie, a zombie in Lost City.

Lands on the lawn past your defenses, then hops forward.

(falling down only, can blow them away)

(when eaten or Plant Food)

Far Future - Day 3
He always wanted to "see the world", "be his own boss", and "meet and consume interesting brains". He still doesn't understand how he got stuck in this cramped Bug Bot job 24/7.
Bug Bot Imp is the Far Future version of Imp in Plants vs. Zombies 2. It is a small, yellow mechanized walker controlled by an Imp. It works exactly as the other Imp variants, except its toughness is higher and it moves differently from them. It is launched by the Gargantuar Prime. Bug Bot Imps sometimes fall from the sky in the "Bot Swarm!" ambush. They absorb 270 damage per shot, which makes them tougher to deal with than other Imps, which absorb 190 damage per shot. Since they fall from the sky, a Blover can be used to blow them off the lawn if timed correctly.

Lands on the lawn past your defenses, then hops forward.

He always wanted to "see the world", "be his own boss", and "meet and consume interesting brains". He still doesn't understand how he got stuck in this cramped Bug Bot job 24/7.

They are the only Imps that can be immobilized by the E.M.Peach. When ambushing you from the sky, the Bug Bot Imps can be also blown away from the Blover, but as they land on the ground immediately after the "Bot Swarm!" message pops up, your timing must be spot-on. Using Shrinking Violet can defeat them instantly like other Imps, as they will be shrunken into oblivion. Besides instant-kill plants, the fastest way to deal with them is the Magnifying Grass. These Imps are even more dangerous because they absorb 270 damage per shot, while the other variations are 200, so you need more defense to defeat them. Even though they delay before moving forward, great care should still be taken when dealing with them as they cover large spaces between hops. Fortunately, this pause can give the player a brief moment to set up their defenses before it jumps again.

Avoid using Chili Beans and Garlics on it as Bug Bot Imp is immune to the Chili Bean's instant-kill and Garlic's lane changing abilities, allowing it to eat these plants fully. 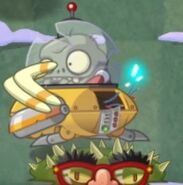 A Bug Bot Imp flashing red near the player's house 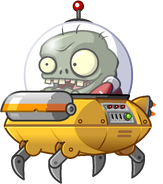 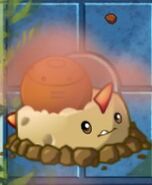 Bug Bot Imp about to be exploded by Primal Potato Mine 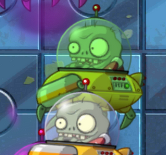 Trapped in an ice block by Ice Bloom 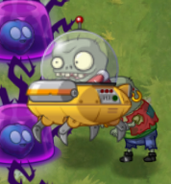 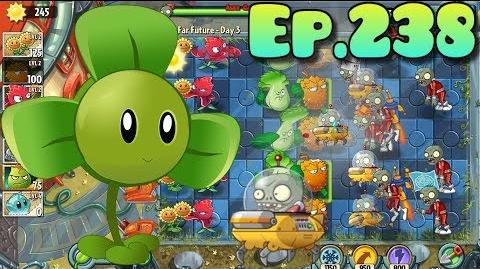