.
Captain Combustible knows how to light a fire under his teammates.
Blazing Bark is Captain Combustible's premium legendary plant signature superpower trick card in Plants vs. Zombies Heroes and a member of the

to play, and its ability gives a selected plant +4

Captain Combustible knows how to light a fire under his teammates.

This superpower is very powerful, turning even something as offensively weak as Peashooter or Captain Cucumber into a huge offensive threat. It can either be played on a plant to destroy a troublesome zombie, or on a plant on an empty lane to do heavy damage to your opponent and pressure them as well.

The best plants to use this on are plants that do reliable bonus attacks, like Repeater or Bananasaurus Rex. Since your opponent will likely try to focus on destroying the plant you use this on, consider protecting it by playing a plant with the Team-Up trait, such as: Torchwood or Sweet Potato in front of them. You can also keep it protected if your opponent has zero brains to spend or when they have very few cards to be played.

Another good plant to play on is Re-Peat Moss, because it will do a bonus attack instantly after this card is played due to its ability, and since it only costs 1

, you can easily play other tricks to boost it even further and make it do even more bonus attacks. However, if it is already heavily boosted, it may be better to play this on a moderately strong plant instead, as Re-Peat Moss will still attack. Because it boosts a plant, you can also use it to trigger Potted Powerhouse' ability.

However, regardless of the plant's strength, it has to attack to make an impact, so try to keep an eye on any potential enemy removals.

Make sure that there is a zombie in front of the boosted plant to prevent it from doing heavy damage to you. If there aren't any, play tricks like Teleport or Beam Me Up, or tricks that move zombies, such as Smoke Bomb to protect yourself from heavy damage.

Since this superpower gives a plant +4

, Rocket Science will instantly destroy it, regardless of that plant's original strength. You can also play Locust Swarm if it gets out of hand and you don't have Rocket Science. And finally, you can Bounce the plant to remove its boost.

As it does not boost the plant's health, you can consider destroying it with sheer damage if it isn't that healthy. 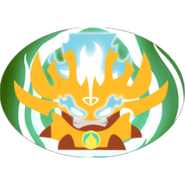 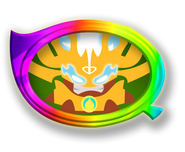 Blazing Bark being played (animated). Note that Rose is using it and she got that superpower from Bird of Paradise