Not to be confused with the black hole in the Chinese version of Plants vs. Zombies 2.

.
When a Plant is played, move it here.
Plants usually like being planted in holes. Black holes? Not so much.
Black Hole is a galactic super-rare zombie environment card in Plants vs. Zombies Heroes and a member of the

to play, and its ability gives all plants in it -1

and moves all plants played on another lane into it. This ability persists until Black Hole is removed from the field.

It is based on a black hole, a region of spacetime exhibiting such strong gravitational effects that nothing, not even particles and electromagnetic radiation such as light, can escape from inside it.

Its second ability is a reference to the gravitational effect black holes have, and its description references how plants and seeds are usually planted inside holes in soil.

Plants usually like being planted in holes. Black holes? Not so much.

This environment is really cheap and powerful against decks that involve using Team-Up plants. Playing it early can make the plant hero to forcefully play a plant in that environment and turn weaker. This can work effectively when playing a strong zombie with

Frenzy in that lane so that zombie can stay alive and have a chance to clear out most of the plants and damage the plant hero. You can also play a high strength zombie in a different lane to force the player from playing more plants in order to block the high strength zombie.

You can also play down a Vimpire or Overstuffed Zombie here, because whenever they play down a plant, it can get destroyed by them, and the Vimpire or Overstuffed Zombie can keep on getting more powerful by their abilities. The strength loss can also help, as it can make it so the plant does slightly less damage or almost none. However, only The Smash can normally perform this strategy.

All Hearty heroes can use this card greatly as it can lower the strength of plants, which makes them vulnerable to Rolling Stone, Weed Spray, and Knockout. This environment is also a great way to maximize the effectiveness of Alien Ooze for The Smash, as it will draw a plant into its lane, allowing that plant to get -6

The extra ability of plants getting -1 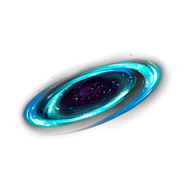 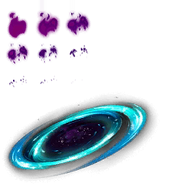 Black Hole on the field

Black Hole's unused textures when it was called Gravitational Pull instead
Community content is available under CC-BY-SA unless otherwise noted.
Advertisement