1. Plant 2 more Lily Pad and 3 Moonflowers at the fifth and sixth column from left (count Mold Colonies column too).

2. Plant Tangle Kelp and Chili Bean at the almost leftmost column to kill first 2 zombies to get more sun from Moonflowers.

4. Try to fill all column by the plant that I have just mentioned each column.

5. Cherry Bomb, Tangle Kelp and Chili Bean should be used in an emergency case.

6. If zombies come too much, You can plant a column of Primal Peashooter in a column between Moonflower and Primal Wall-nut.

Lots of Snorkel Zombies by SOMEGUY476 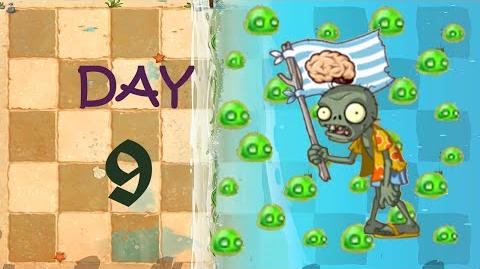 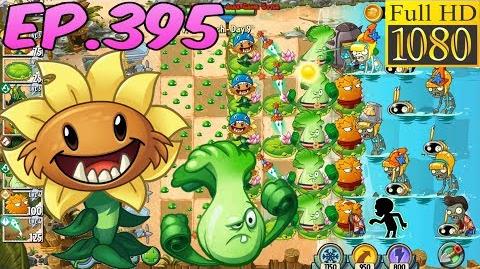 Retrieved from "https://plantsvszombies.fandom.com/wiki/Big_Wave_Beach_-_Day_9?oldid=2354849"
Community content is available under CC-BY-SA unless otherwise noted.