A money bag
Big Wave Beach - Day 4 is the fourth level of Big Wave Beach in Plants vs. Zombies 2. A new zombie called Imp Mermaid Zombie and a new ambush called "Low Tide!" is introduced in this level. When this level is finished for the first time, the player gets a Big Wave Beach piñata.

The tideline in this level is located between the third and fourth column.

When the game first starts, try to plant a whole column of Sunflowers at the very back. For the second column, plant Pea Pods right next to the Sunflower column. Keep adding to the Pea Pods when you get enough sun. Never plant them on the tide column. Eventually, when you have enough Pea Pod additions that the zombies are kept at bay, spend some sun on Twin Sunflowers for more Pea Pods. After completing your first row of Pea Pods you can start a second. 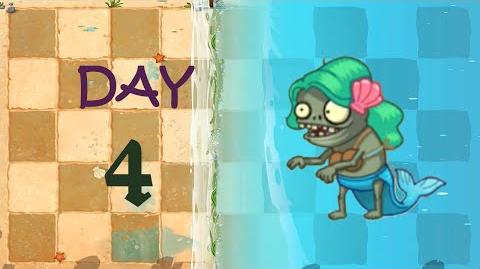 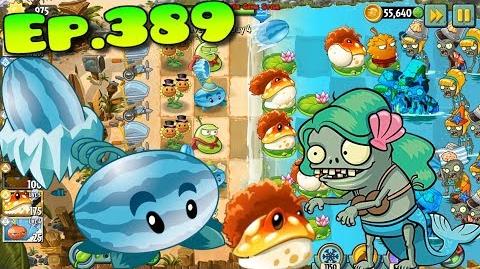 Retrieved from "https://plantsvszombies.fandom.com/wiki/Big_Wave_Beach_-_Day_4?oldid=2276320"
Community content is available under CC-BY-SA unless otherwise noted.