Same as before
Big Wave Beach - Day 18 is the eighteenth level of Big Wave Beach in Plants vs. Zombies 2. It is a Special Delivery level. It allows player to use the Guacodile before obtaining it. The tideline in this level is located behind the first column, which means that the tide will rise, and water will cover the entire lawn at one point during the level. After completing this level, the player receives a money bag.

(Crazy Dave and Penny appear)
Crazy Dave: I tell ya, Penny, these surf-loving zombies are the pits!
Penny: Analyzing the phrase: "The pits"...
Penny: Hmm. Pits. Very interesting. User Dave! You are a genius!
Crazy Dave: I am?
Penny: No. No you are not. However, you have given me an idea.
Penny: Guacodile! This plant fights zombies with pit-like projectiles.
Penny: And he employs a powerful bite as well.
Penny: Plant him on the front lines. You'll see.
(Crazy Dave and Penny leave)

By Lunarflame98
Add a photo to this gallery 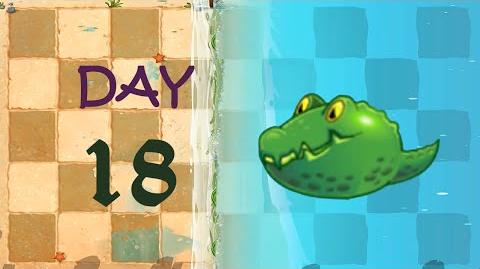 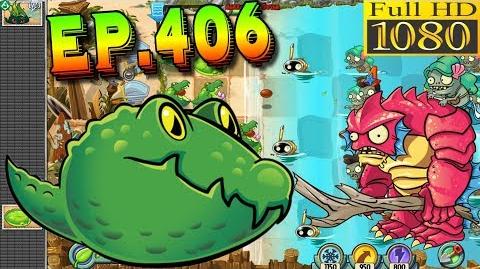 Retrieved from "https://plantsvszombies.fandom.com/wiki/Big_Wave_Beach_-_Day_18?oldid=2369644"
Community content is available under CC-BY-SA unless otherwise noted.