A star and Reveal Vase Power Up

A money bag
Big Wave Beach - Day 14 was the 14th level of Big Wave Beach in the Chinese version of Plants vs. Zombies 2. It was a Vasebreaker level. When this level was finished for the first time, the player received the Reveal Vase Power Up.

This level is of easy difficulty due to the constant supply of plants inside the vases. The player can break the vases at their own speed with almost no consequence. 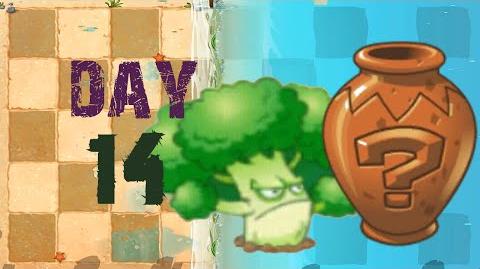