A money bag
Big Wave Beach - Day 1 is the first level of Big Wave Beach in Plants vs. Zombies 2. The new variants of the basic zombies, Pompadour Zombie, Conehead Pompadour and Buckethead Pompadour, are introduced here. When this level is finished for the first time, the player unlocks the Lily Pad.

The tideline in this level is located between the fourth and fifth column.

The gimmick of Big Wave Beach is introduced in this level. Specifically, the water. Plants cannot be placed onto water unless Lily Pad is used (with the exception of Ghost Pepper, Rotobaga, and Caulipower). The player is given Lily Pad in this level to use. This level should not be too difficult, as there are not many zombies, as well as the most threatening only being Pompadour Buckethead. However, the zombies still come out in large groups of three or more in the early parts of the level, so the player should get a defense set up quickly.

First time reward in the level 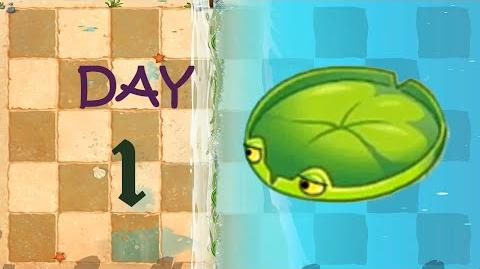 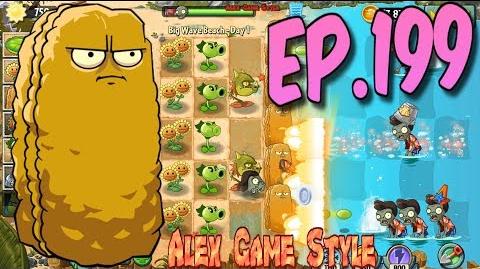 Retrieved from "https://plantsvszombies.fandom.com/wiki/Big_Wave_Beach_-_Day_1?oldid=2264500"
Community content is available under CC-BY-SA unless otherwise noted.