Beat all the Mini-games.

Beyond the Grave is an achievement that can be obtained on the Nintendo DS, Steam, iOS, Xbox 360, and PlayStation Vita versions of Plants vs. Zombies. It is worth 25 points on the Game Center. To unlock it, the player has to beat every mini-game. This achievement is fairly hard because mini-games like ZomBotany 2 and Bobsled Bonanza can be particularly difficult.

View mini-games for the entire list of mini-games, and how to beat them. 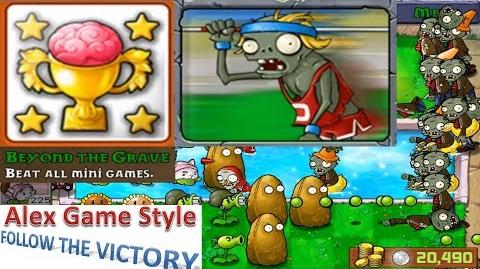 Retrieved from "https://plantsvszombies.fandom.com/wiki/Beyond_the_Grave?oldid=2244965"
Community content is available under CC-BY-SA unless otherwise noted.