First Comic Strip (When the player starts the mission)

The comic strip when the player finishes the mission 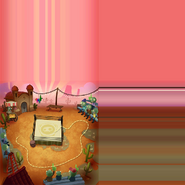 Background
Add a photo to this gallery

Retrieved from "https://plantsvszombies.fandom.com/wiki/Battle_for_the_Belt?oldid=2281075"
Community content is available under CC-BY-SA unless otherwise noted.