In this mission, Dr. Zomboss is hosting a party on top of a rooftop where he is cooking some food on a barbecue. He complains about it being too dark, prompting Super Brainz to turn on what he thinks is a spotlight. However, it turns out to be Green Shadow's call signal (Plant Signal), which causes her to attack unknowingly. Super Brainz, The Smash, and Impfinity try fighting Green Shadow, but are losing. However, The Smash then throws Green Shadow into Brain Freeze's jello as he walks onto the rooftop, trapping her.

This battle serves as a tutorial of the zombies mechanics and traits. Green Shadow won't use powerful plants, so the player should be fine. Use all the cards that you can, don't save any for later. You can use only Super Brainz at this point.

Here the player does not have the help of the tutorial, so they must know the basics to win. Spudow uses mainly Small-Nuts and occasionally a boost trick, a Pismashio or a Potato Mine.

Battling against Green Shadow, the battle remains similar to the first one, although this time stronger plants and combos like Torchwood or Lightning Reeds may appear. Continue playing like you did so far, and this level should be easy.

The first time players fight with Chompzilla, the player should not be worried about her. She uses mainly Peashooters to fight the player, and the best strategy is to let them hit the player so the Block Meter can fill.

The first boss fight of the Zombies mission, Green Shadow starts with a simple Torchwood, which should be destroyed as soon as possible (with something like Electrobolt), so it won't be a problem later. Green Shadow uses mainly the plants used on the previous fight, but uses them more wisely. Don't let a plant get too powerful, guard a Rocket Science for the case.

The final comic strip
Add a photo to this gallery 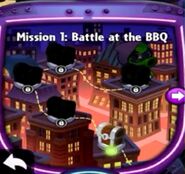 Battle at the BBQ's map in the 1.0 update
Add a photo to this gallery 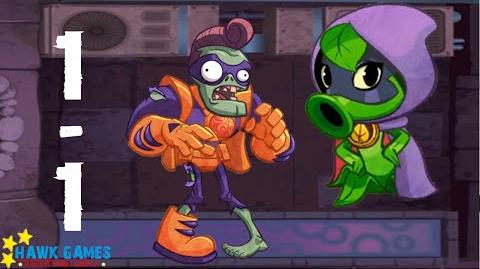 Plants vs. Zombies Heroes - Zombie mission 1-1 Battle at the BBQ 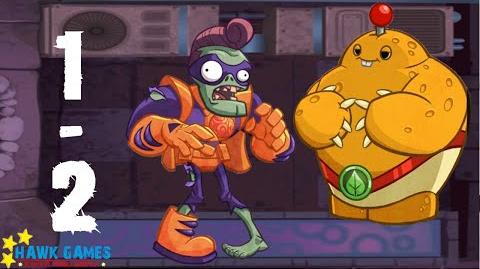 Plants vs. Zombies Heroes - Zombie mission 1-2 Battle at the BBQ 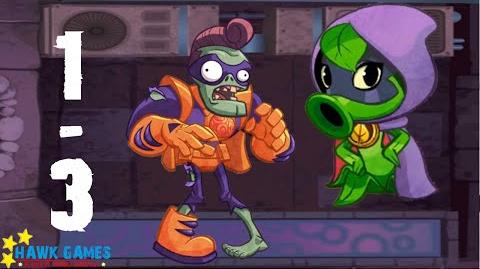 Plants vs. Zombies Heroes - Zombie mission 1-3 Battle at the BBQ 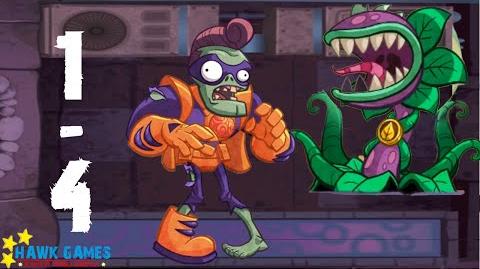 Plants vs. Zombies Heroes - Zombie mission 1-4 Battle at the BBQ 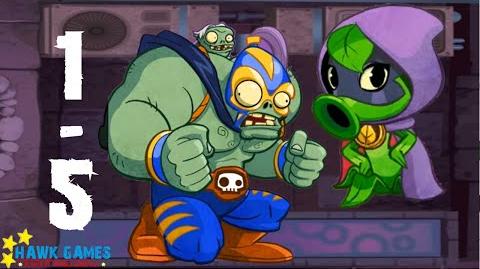 Plants vs. Zombies Heroes - Zombie mission 1-5 Battle at the BBQ BOSS
Add a photo to this gallery
Retrieved from "https://plantsvszombies.fandom.com/wiki/Battle_at_the_BBQ?oldid=2248016"
Community content is available under CC-BY-SA unless otherwise noted.