Rare
The Baseball Star was a few vanquishes shy of making the ZLB hall of fame, but was kicked out of the league for eating the Brainz Ball.

The Baseball Star was a few vanquishes shy of making the ZLB hall of fame, but was kicked out of the league for eating the Brainz Ball.

The Baseball Cannon's extremely high rate of fire is sure to be a home run!

By chilling the baseballs the day before, the overall heat tolerance is increased.

By installing tiny Zomboss fans, the venting of an overheat moment takes a little less time.

By injecting the balls with lead, the baseballs hurt more causing more damage.

Baseball Star is unlocked by reaching level 10 with the All-Star. Each level after 5 will reward the player with a single character piece until all are unlocked at level 10.

The Baseball Star has a high fire rate, thus overheating quickly. Use him at close range, as you can potentially deal up to 350 damage, enough to vanquish any plant. If you keep a prolonged volley of baseballs hitting your opponent, it will either vanquish or heavily injure them, depending on the class's base health and how much health they had prior to their encounter with you. Do not use him at long range, as although he seems to play like the Golf Star, his damage fall out is severe, crippling his damage to half of his close-range hits. Remember to fire in short bursts, as if your weapon overheats, you are a sitting duck to enemy Cacti, and an easier vanquish for the other plants. If your weapon overheats while fighting, use your Sprint Tackle or Imp Punt to finish your opponent. If on low health, place a Dummy Shield Shield Decoy and dash to the side or wait until the plant comes to you, in which case use your abilities to take them out.

Be wary of any Baseball Stars in medium range of you, as they can inflict heavy damage or downright vanquish you if they are accurate, with the possibility of this being exceptionally high for Sunflowers and Roses and less so for Citrons, Corns, and Chompers. As a Cactus, you can safely pick off health from the Baseball Star from long range and put up a Tallnut Battlement to block any weakened shots sent your way. If you are playing as a Peashooter and a Baseball Star attacks you head-on, keep in mind that he has enough health to survive your Chili Bean Bomb and is fast enough to outrun the Sombrero Bean Bomb. If your aim is true, fire a Shuck Shot as a Corn to vanquish him immediately. Pea Gatlings, Time Snares, EMPeaches, and Sunbeams are effective at lowering his health or stunning the Baseball Star. 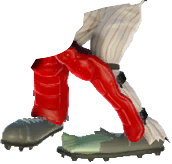 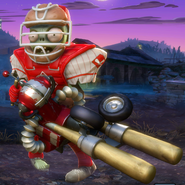 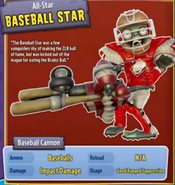 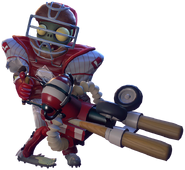 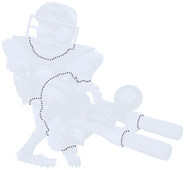 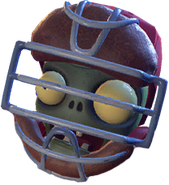 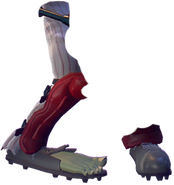 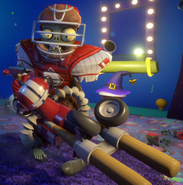 In the customization booth