The player got him after reclaiming The Bamboo Lot. His VIP version was the Bamboom.

He is based on the bamboo, an evergreen perennial flowering plant in the subfamily Bambuseae of the grass family Poaceae.

The name itself is a pun on "bamboo shoot", the edible shoot of many bamboo species; with the "shoot" part referring to Bamboo Shoot's attack method.

He's seen a lot battling zombies. Oh, he could tell you some stories. One time, whoa. It was nuts. 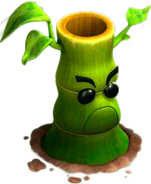 The player got the Bamboo Shoot 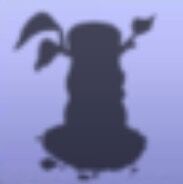