There will be four zombies dance at the same time, and they will change their course while dancing.

(Can stun her temporarily)

"Spin, jump, I close my eyes". Ballerina Zombie likes this song the most.

Ballerina Zombie (芭蕾舞僵尸, pinyin: bālěiwǔ jiāngshī), is the third unique zombie to appear in Renaissance Age in the Chinese version of Plants vs. Zombies 2. She appears in groups of four zombies (similar to Zombie Bobsled Team), moves quickly and can change lanes. Oil Olive can be used to make her slip, stunning her temporarily.

She is based on the ballet dancer, a person who practices the art of classical ballet.

These zombies can be quite a threat, appearing in groups of four, and can suddenly switch lanes, allowing them to evade attacks and make it far into the lawn. If the player sees this zombie in the seed selection, it is recommended that the player pick Oil Olive or some other type of plant that will be able to apprehend them, stunting their progress. Plants such as Fume-shroom will be able to damage them all at the same time, making quick work of them. 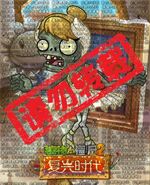 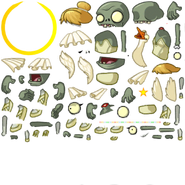 Retrieved from "https://plantsvszombies.fandom.com/wiki/Ballerina_Zombie?oldid=2360303"
Community content is available under CC-BY-SA unless otherwise noted.