Art Challenge Wall-nut is a hidden mini-game that takes place during the Day stages. In this game, the player will have to fill in certain tiles with Wall-nuts to make a circle, similar to a Wall-nut. This mini-game is very similar to Seeing Stars and Art Challenge Sunflower.

Add three addresses and change all values to 144.

Try to arrange the respective plants in a way that will defend against zombies. It is nearly impossible to beat the game without letting the first Flag Zombie come. You must fill in the certain squares with Wall-nuts, as the message says that you can only plant Wall-nuts. You can also use Imitater versions of the Wall-nut, so that more of them can be planted at a faster rate despite their slow recharging speed. You can use cheats before letting the first Flag Zombie come or you can barely beat it just after the message appears but before the Flag Zombie appears. 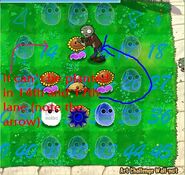 Art Challenge Wall-nut Endless by Someone456

Moon Snail's strategy: Cannons, Peas, and Walls (Or simply CPAW)
Add a photo to this gallery 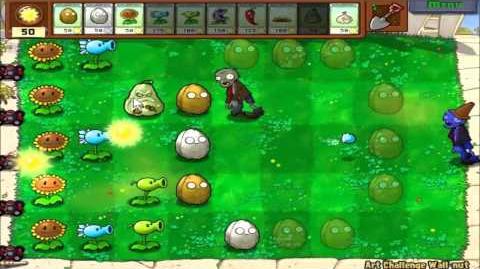 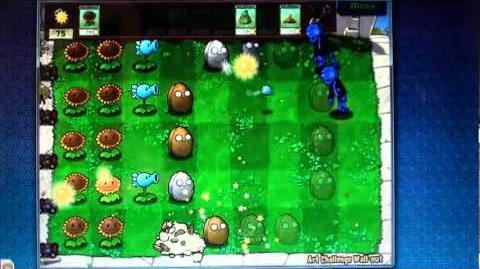 Plants Vs. Zombies Art Challenge Wall-nut (Hidden Mini-Game)
Beating the game before the first Flag Zombie appears, without cheats
Add a photo to this gallery

Retrieved from "https://plantsvszombies.fandom.com/wiki/Art_Challenge_Wall-nut?oldid=2150574"
Community content is available under CC-BY-SA unless otherwise noted.