Can make all plants in an area go to sleep.

(prevents him from activating his ability)

Archmage Zombie hates it the most when other people look at his hat, the thing he does most is making people who dare to look at him go to sleep. One day he walked past a huge mirror...

Archmage Zombie (大法师僵尸; pinyin: dà fǎshī jiāngshī) is a zombie encountered in Dark Ages in the Chinese version of Plants vs. Zombies 2. He shoots projectiles from his staff at the player's plants every 12 seconds to cause them to fall asleep, rendering them useless. The attack affects plants in a 3x3 area. A Coffee Bean, on the other hand can counter the ability, waking the plants up in a 3x3 radius.

His attire and power allude the Disney villain Maleficent from Sleeping Beauty, and the recent live action film with the same name as the character.

This is an extremely dangerous zombie that must be defeated as soon as possible, as he will make your plants fall asleep in a 3x3 area. These plants do not wake up on their own, unlike Wizard Zombie whose magic fades upon his destruction. Use a Coffee Bean to awaken plants that are put to sleep by this zombie, but you may not always have enough slots for one if you do not have the 8th slot, and large numbers of this zombie can put your plants to sleep faster than you can awaken them. Like the Wizard Zombie, he is very slow as well which gives time for him to bombard your plants, and also ensures that faster zombies will protect it. If in problem, use an instant kill such as a level 2 or higher Jalapeno to kill all of the zombies in a column. Wake up your plants with Plant Food if you did not bring Coffee Bean.

Due to his slow speed, close range plants such as Snapdragons are ineffective against them and will be neutralized before he can come into their range.

Use Lv 2 arrows to take them out. He has higher toughness and deals more damage than Wizard Zombie. 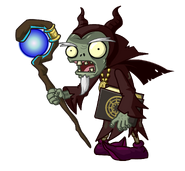 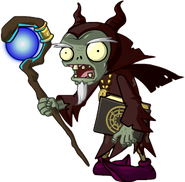 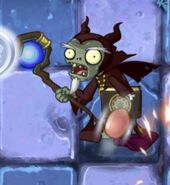 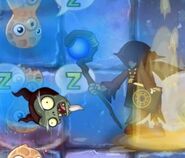 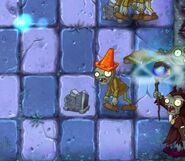 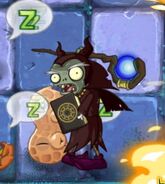 About to whack a Pea-nut 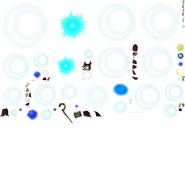 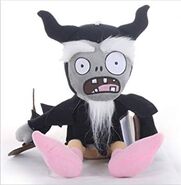 Archmage Zombie plush
Add a photo to this gallery

Retrieved from "https://plantsvszombies.fandom.com/wiki/Archmage_Zombie?oldid=2323979"
Community content is available under CC-BY-SA unless otherwise noted.