For the plant in Plants vs. Zombies 2 that the line is based on, see Apple Mortar.

Deals damage to the enemy with lowest health

Brave plant line in Plants vs. Zombies: All Stars which was introduced in the 1.0.104 update, alongside Neon Mixtape Tour

All members on the Apple line were based on the Apple Mortar from Plants vs. Zombies 2, albeit in different colors. 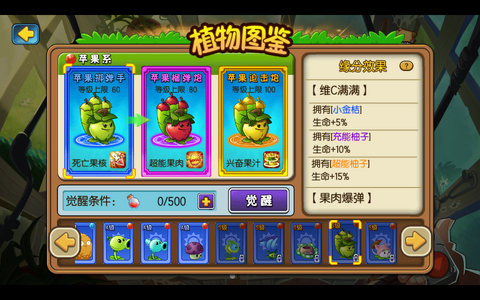 After unlocking the Apple line, additional puzzle pieces could be used to upgrade it, which increased its stats and ability LVs.

Apple line stats would be increased if these specific plants were unlocked.