Make no more than 2 matching mistakes

Make 65 matches in 120 seconds
Ancient Egypt - Level 9-4 was the third and final spin-off level of Level 9-1 of Ancient Egypt in Plants vs. Zombies Online. It was a Beghouled level. The lawn was filled with plants and the player could swap them either horizontally or vertically to make a match of 3 or more plants to make them disappear. Making matches produced sun, the greater the match, the more sun it produced, but this was only used for shuffling the board for 50 sun or filling the crater for 75 sun; no plants could be upgraded, as the player would be given with bonus plants, which could not be swapped with other plants, to plant instead. In order to get all 3 stars, the player had to make 65 matches in 120 seconds and not to make more than 2 matching mistakes. When this level was finished for the first time, the player received two Bonk Choy Puzzle Pieces. 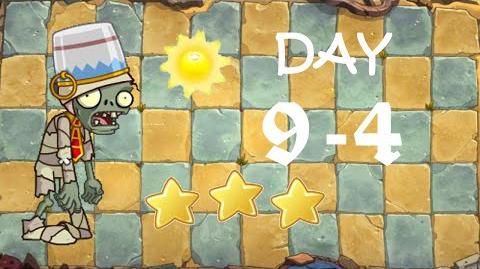 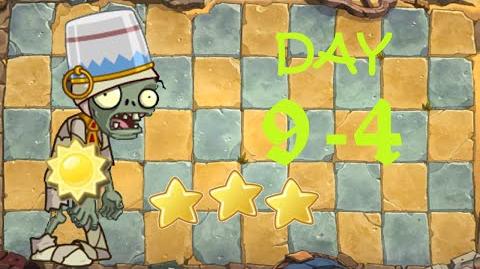