Coins
Ancient Egypt - Day 9 is the ninth level of Ancient Egypt in the Chinese version of Plants vs. Zombies 2. It introduces the Tomb Raiser Zombie. When this level is finished for the first time, the player will get a star. Grave Buster is pre-selected in this level.

(Crazy Dave and Tomb Raiser Zombie appear)
Crazy Dave: Tombstone was summoned in front of him, he would summon a tombstone intermittently interrupting our formation, be sure to wipe out the first time. (前方发现墓碑召唤者 , 他会间歇性召唤出一个墓碑打乱我们的阵型 , 务必第一时间消灭 。)
Crazy Dave: Try new arrival Bonk Choy, it's known to have high attack speed, the kind of meat, able to produce amazing damage. (试试新到货的菜问吧以高攻速见长 , 拳拳到肉 , 能够输出惊人的伤害。)
(Crazy Dave leaves) 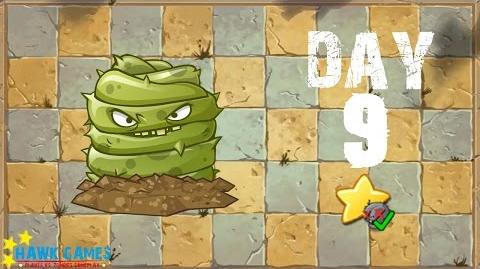 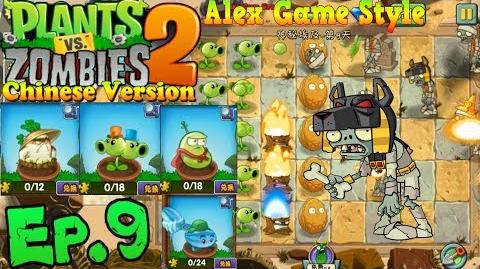 Retrieved from "https://plantsvszombies.fandom.com/wiki/Ancient_Egypt_-_Day_9_(Chinese_version)?oldid=2170916"
Community content is available under CC-BY-SA unless otherwise noted.