Ancient Egypt - Day 8 is the eighth level of Ancient Egypt in Plants vs. Zombies 2. To complete this level, the player must complete the objective, "Survive a massive attack in Ancient Egypt", and in earlier versions without any lawn mowers. The Mummified Gargantuar and Imp Mummy are first introduced here. When this level is finished for the first time, the player gets a set of World Keys (10 World Keys) known as Keysplosion.

The player cannot choose their own plants. Instead, they are given the plants via conveyor belt, like Day 4. Therefore, the player is limited to what plants they can use to defend against the zombies. On the other hand, sun is not necessary in this level, because plants given by the conveyor belt are free. This level might trouble new or inexperienced players, especially with Mummified Gargantuars which can take in 3600 damage per shot before dying, crush plants, are fast, and throw Imp Mummies when damaged. 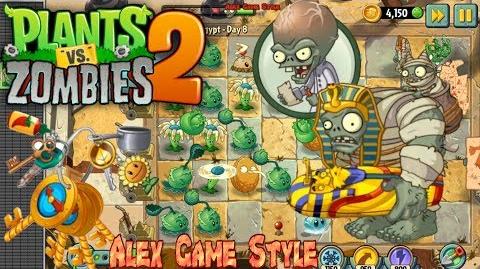 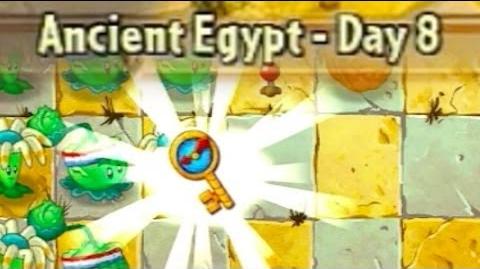 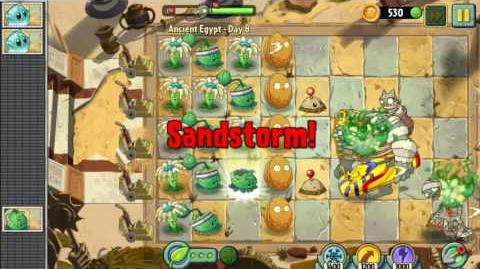 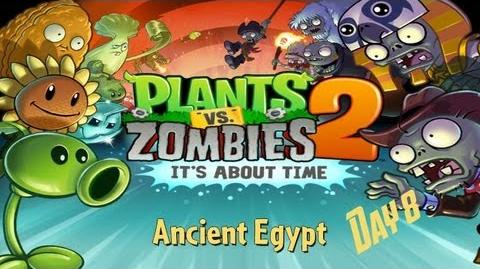 Retrieved from "https://plantsvszombies.fandom.com/wiki/Ancient_Egypt_-_Day_8?oldid=2130327"
Community content is available under CC-BY-SA unless otherwise noted.