Coins and a star

Ancient Egypt - Day 7 is the seventh level of Ancient Egypt in the Chinese version of Plants vs. Zombies 2. Pharaoh Zombie and Torchwood are introduced in this level.

(Crazy Dave appears)
Crazy Dave: Eh? We just experience a hard battle...
(Penny appears)
Penny: Data shows you can take on harder challenges, there are new challenges for you now.
(Crazy Dave and Penny leave)
(The player is shown with the Daily Challenge)

(After opening the Daily Challenge)
(Penny appears)
Penny: Data also shows that the zombies here can drop Puzzle Pieces.
(Crazy Dave appears)
Crazy Dave: Puzzle Pieces? What? Is that edible?
Penny: Although plants contain a lot of nutrients, I think that you should use the puzzle pieces to craft plants to defeat zombies...
Crazy Dave: Woah, I can't wait to fight the zombies now!
(Crazy Dave and Penny leave) 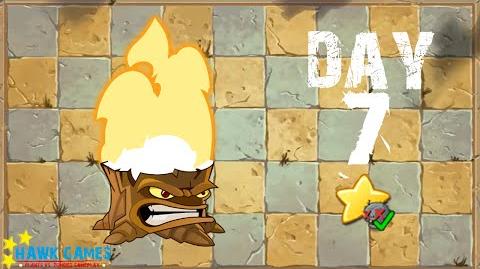 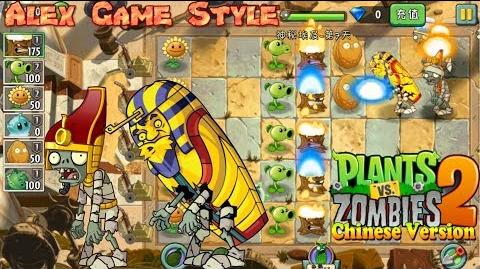 Retrieved from "https://plantsvszombies.fandom.com/wiki/Ancient_Egypt_-_Day_7_(Chinese_version)?oldid=2170933"
Community content is available under CC-BY-SA unless otherwise noted.