, coins and a star

Coins
Ancient Egypt - Day 1 is the first level of Ancient Egypt in the Chinese version of Plants vs. Zombies 2. In this level, the game introduces the first four plants and Plant Food to the player.

(After the two first Mummy Zombies are defeated)
(Crazy Dave appears)
(A Conehead Mummy appears)
Crazy Dave: This guy is wearing something protective like me! It looks very intimidating.
(Crazy Dave leaves)

(After the Conehead Mummy is defeated)
(Penny appears)
Penny: Well done! In this stage, the Plant Food has an infinite supply given to you! Later, we'll beat those zombies until they're like dogs eating mud!
(Penny leaves)

The tutorial shows the player how to plant the Peashooter

By IDontCareAboutHistory
Add a photo to this gallery 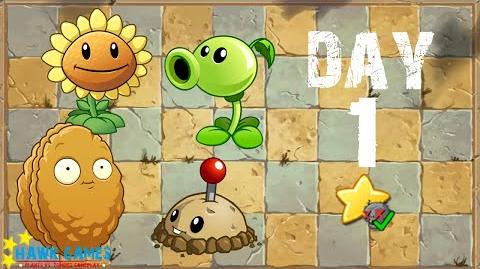 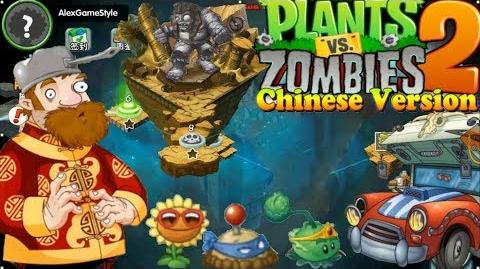 Plants vs. Zombies 2 (Chinese version) We start the series Ancient Egypt Day 1 (Ep.1)
By Alex5432000
Add a photo to this gallery

Retrieved from "https://plantsvszombies.fandom.com/wiki/Ancient_Egypt_-_Day_1_(Chinese_version)?oldid=2170889"
Community content is available under CC-BY-SA unless otherwise noted.