For the international version of this level, see Ancient Egypt - Day 13.

Ancient Egypt - Day 13 is the thirteenth level of Ancient Egypt in the Chinese version of Plants vs. Zombies 2. It is a Last Stand level. The player starts with 3000 sun and three Plant Food. After completing this level, the player receives a money bag.

(After exiting to the map, the player is shown with the Endless Challenge if available)
(Crazy Dave appears)
Crazy Dave: The time and space quiver, the door of darkness has been opened, against thousands of zombies, do you dare to fight?
(Crazy Dave leaves) 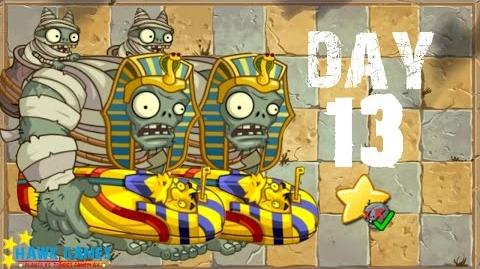 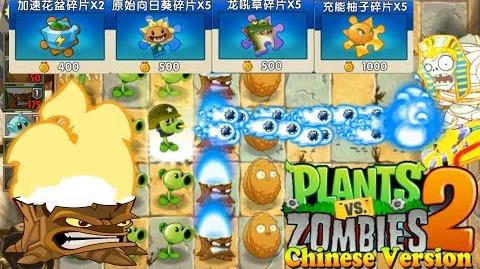