American Suburbs - Day 3 is the third level of American Suburbs in Plants vs. Zombies: All Stars. Three Pole Vaulting Zombies are present, though one of them will be the boss of the level.

(After completing the level)
Crazy Dave: You did well, after you finish the next few battles with all stars collected, you can receive the prize for having all the stars!
(The tutorial shows the player the Star Rewards)

Though the level's fighting is point higher than what the player can have at this point, they should not have any difficulties beating the level as the boss can be easily defeated from one usage of Peashooter's special move. 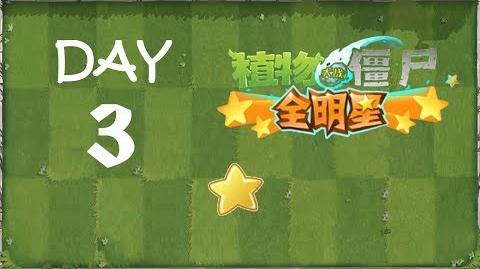 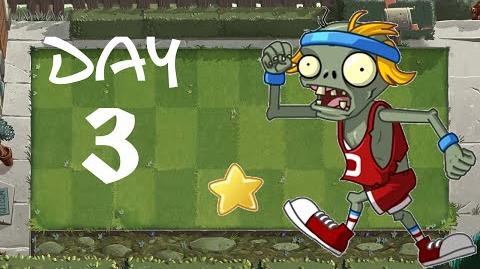 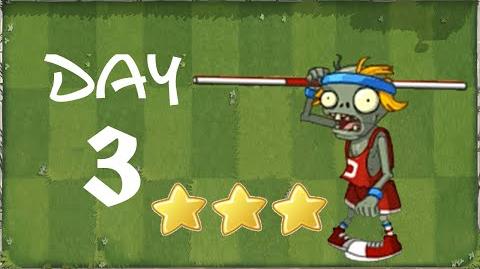 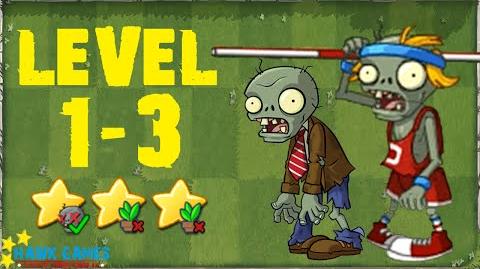 Plants vs. Zombies All Stars - American Suburbs Level 1-3
Final
Add a photo to this gallery
Retrieved from "https://plantsvszombies.fandom.com/wiki/American_Suburbs_-_Day_3?oldid=2304723"
Community content is available under CC-BY-SA unless otherwise noted.