(After a few turns of attacking)
Crazy Dave: Look, the plant's energy bar is refilled! Press the plant icon to reveal its skill!

(After completing the level)
Crazy Dave: This is where you can get good plants... Only that you need quit a bit of luck. Good luck!
(The player is introduced to the Cards section)
(After doing the free ticket lottery)
Crazy Dave: Let's do the gem lottery again, I'm best at free stuff! Haha!

Since the given Peashooter will automatically be planted in the lane where all zombies appear, it will be able to take all of them down, so the player should have no worries about losing. 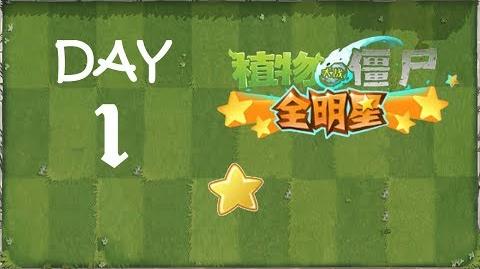 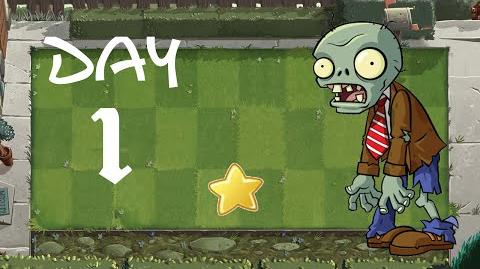 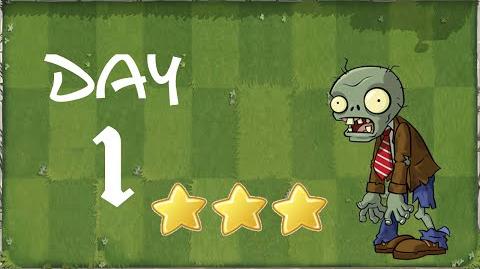 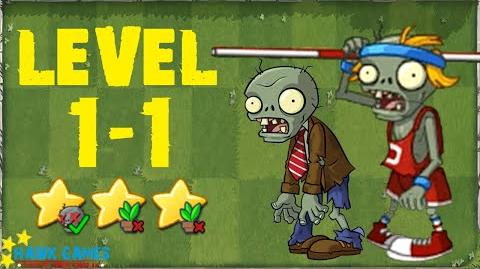 Plants vs. Zombies All Stars - American Suburbs Level 1-1
Final
Add a photo to this gallery
Retrieved from "https://plantsvszombies.fandom.com/wiki/American_Suburbs_-_Day_1?oldid=2352283"
Community content is available under CC-BY-SA unless otherwise noted.