For other uses, see Aloe (disambiguation).

Dino-Roar: Heal all Plants and the Plant Hero for 1.
A roaring force of life. A crushing force of destruction.
Aloesaurus is a triassic legendary plant card in Plants vs. Zombies Heroes and a member of the

. It does not have any traits, and its Dino-Roar ability heals all plants on the field, including it and the plant hero, for 1

. This ability stacks with each Aloesaurus on the field and persists until all Aloesauruses are removed from the field.

It is based on the Aloe vera, a succulent plant commonly used to treat sunburns, and the Allosaurus, a genus of theropod dinosaur that lived 155 to 150 million years ago during the late Jurassic period.

Aloesaurus isn't very outstanding in terms of stats or healing ability. While it does have high health and regular strength, it is quite weak compared to hard-hitting finishers like Astrocado and Elderberry, as it fails to end the game due to its lack of

Strikethrough trait or other abilities to help it hit the Zombie Hero. The healing isn't all that great either, as it is counterproductive with your main healing finisher, Heartichoke, due to the massive block charging it will generate by attacking the Zombie Hero for 1 damage repeatedly.

If you still wish to use it, then it is recommended to use a deck filled with card draw to maximize its potential, though the options for plants are very limited, so this might not be too good of an idea. You have a lot more options if you use Conjure, though that's extremely unreliable due to how unmanageable Conjure is.

Aloesaurus in general isn't a very good card, regardless if you are using it in a heal deck or not. It does not fit what heal is going for with Heartichoke, and it is not too good with Pepper M.D. due to how unreliable it is.

Aloesaurus isn't too big of a threat in most cases. If you want to get rid of it, Exploding Fruitcake does just enough damage to destroy it. You can use

Deadly zombies to remove it in one hit. Other removal cards like Locust Swarm and Rocket Science can destroy it for less or equal sun. Other than that, playing zombies with average stats can lead to a neutral trade of both cards.

Aloesaurus's grayed out card in the collection menu 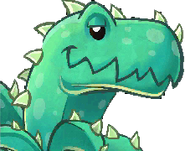 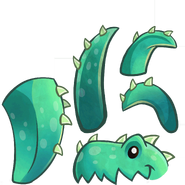 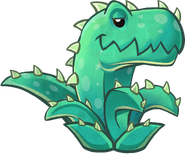 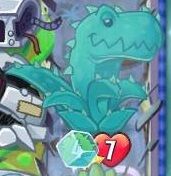 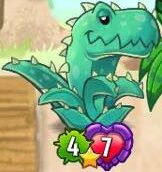 Rocket Science being used on Aloesaurus