. If it's on heights or an Environment, it gets -6

instead.
Oozin' for a bruisin!
Alien Ooze is a galactic uncommon zombie trick card in Plants vs. Zombies Heroes and a member of the

to play, and its ability gives a selected plant -2

if that plant is on a heights lane or in an environment. Its closest plant counterpart is Water Balloons.

It is based on an extraterrestrial substance that is hazardous to living things.

Its description is a reference to the phrase, "cruising for a bruising," meaning heading or looking for trouble; as well as Cruisin' for a Bruisin, a song in Teen Beach Movie.

While Alien Ooze's full ability is only limited to plants on heights or in environments and is outclassed by Extinction Event otherwise, this full-powered ability is one of the strongest individual stat-lowering (and destroying) ones in the game. This trick is especially effective against opponents who rely on individual strong plants in strong plant environments like Coffee Grounds and Venus Flytraplanet, as it will remove their primary source of offense. It can also be an effective counter to plants like Skyshooter and its synergy plants, as it will be significantly weakened if not outright destroyed.

Since all environments count, you can play an environment yourself if your opponent does not use any, which all Beastly heroes have reliable access to, giving it a place in environment decks. Thus, for this to function properly, it is advisable to bring cheap environments so that they can be set up easier. A good example is Total Eclipse, which gives -1

by itself, allowing plants with up to 7 health to be destroyed and preventing 1-health plants from being played there. It is also very cheap, costing 2 brains, and accessible to all Beastly heroes. Alien Ooze does not have much tribe synergy (aside from being conjurable by Haunted Pumpking and zombies that can Conjure tricks or galactic cards), but that has little to no effect on its potential.

The Smash has access to moving cards such as Terrify, Sumo Wrestler, and Rodeo Gargantuar to move plants into disadvantegeous positions in order to make way for this trick. Black Hole is a particularly good moving card to use with Extinction Event, as it not only moves plants in but is an environment, allowing The Smash to save at least one of his (moving/environment) cards to utilize Alien Ooze's full ability.

This card also works very well in certain missions like A Shadow Falls, as there are more heights lanes than there are in competitive matches.

Be careful if you predict your opponent having this card in their hand, as -6

can destroy most of your plants for just 3

. Even though there are several plants that can survive a full-powered Alien Ooze, it will likely remove all the plant's strength, turning it into a useless wall with very little health.

If your strategy relies on strong individual plants in environments, this trick will surely ruin your plans, so preparing a backup plan or changing your strategy is your only option. While you could play your strong plants outside of your environments to reduce the stat drop, doing so wouldn't be worth it in almost every other case, and Alien Ooze powers up in zombie environments too.

You can also play multiple threats to force your opponent to consider which is more threatening, so they would not easily play it. However, Alien Ooze will usually, if not always, destroy the affected plant. If the plant survives Alien Ooze, you could boost it again (assuming that the opponent doesn't follow it up with another trick), or Bounce it back into your hand with Rescue Radish, resetting its stats. Dark Matter Dragonfruit can significantly increase its cost and likely end the game in your favor, while Brainana can stall it for a turn.

Untrickable with Umbrella Leaf or using Apotatosaurus (or a Primal Wall-Nut with extra strength) is also an option. But unless you play two Umbrella Leaves next to each other, your opponent can destroy Umbrella Leaf with a trick. Your opponent may also have Primordial Cheese Shovers, who bypass the 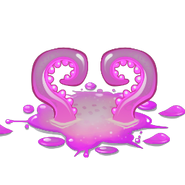 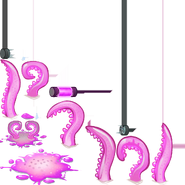